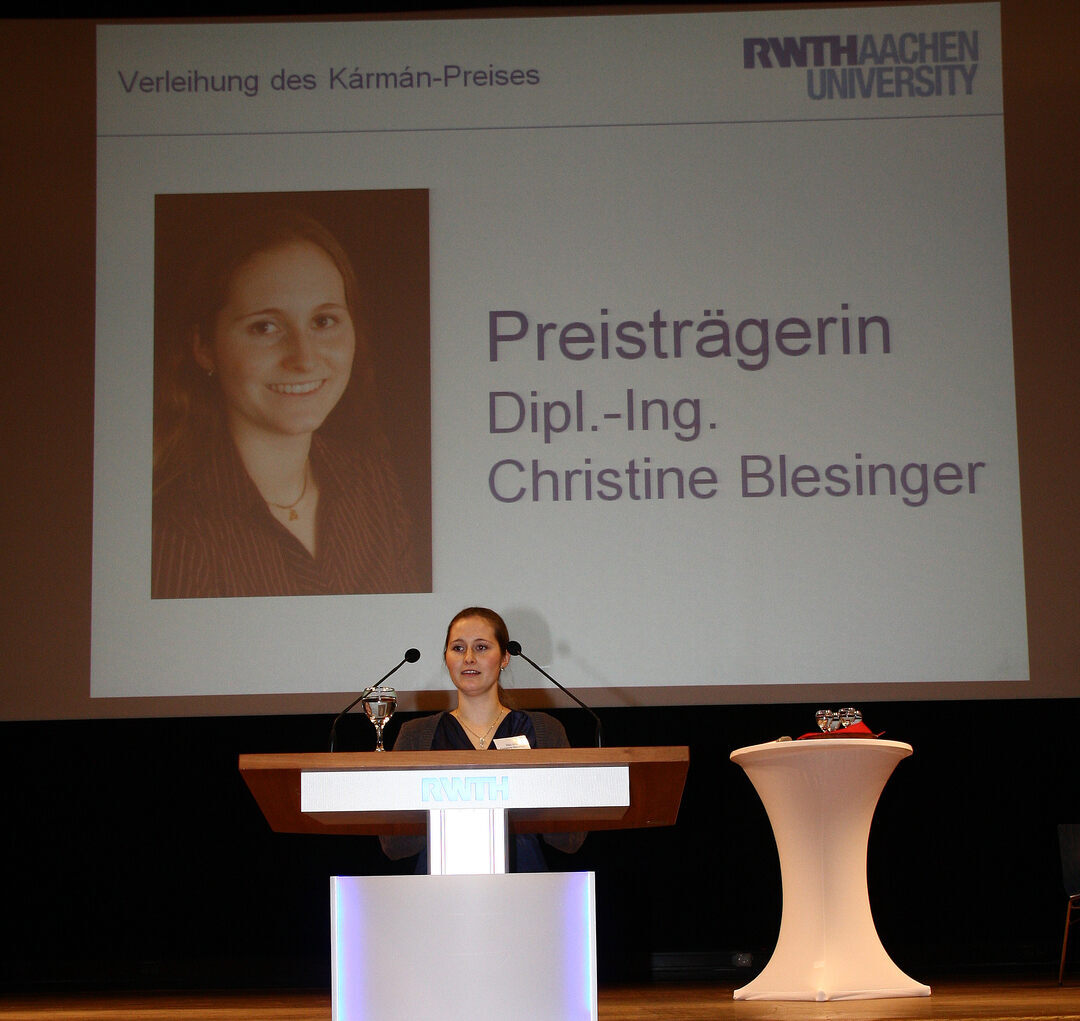 © Martin Lux Christine Blesinger was honored with the Kármán Award.