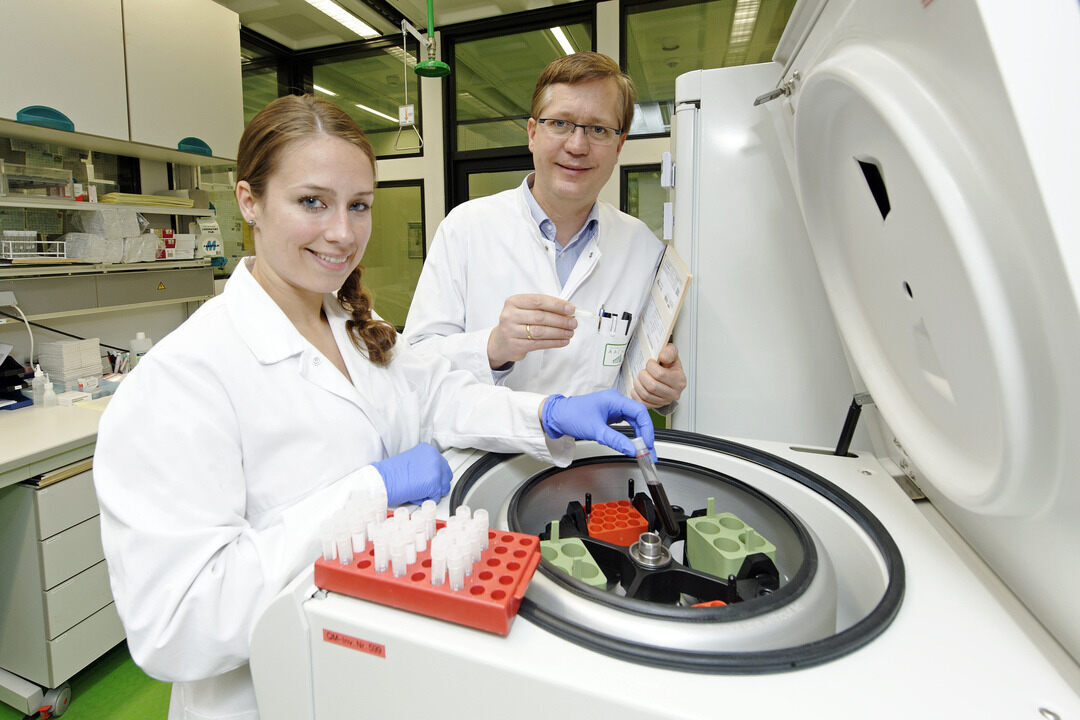 © Peter Winandy Professor Edgar Dahl from the Department of Tumor Pathology and doctoral candidate Vera Kloten work on a blood-based test for the early detection of breast cancer.