You Are Here: RWTH Aachen Campus Roadshow Goes on Tour

As part of the RWTH Aachen Campus Roadshow, RWTH Aachen Campus GmbH and the City of Aachen will present the concept and strategy for the University’s new research campus. The event series, which provides information on the possibilities, services, research clusters, and participating businesses, is targeted at representatives from companies and business-oriented organizations. Currently, six events are planned, to take place in Aachen, Düsseldorf, the Meuse-Rhine Euroregion, Brussels, and at the Hannover Trade Fair. 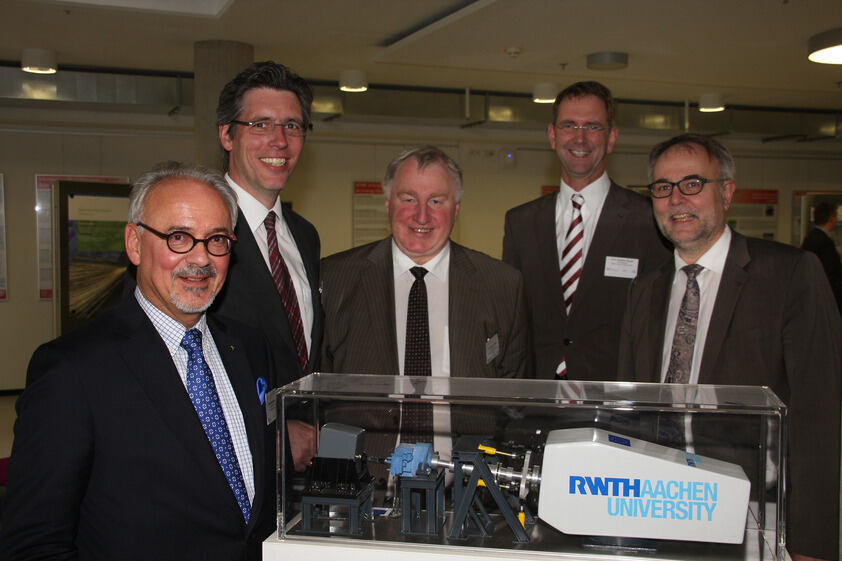 The kick-off event in Aachen on April 22, 2013, was targeted at partners and small-to-medium enterprises in the Aachen region. Mayor Marcel Philip and Alderman Helmut Etschenberg, the patrons of the first stop of the road show, welcomed over 150 guests at the E.ON Energy Research Center, located on the new research campus.

September 2013
„Federal State of North Rhine-Westphalia“
for ministries, associations and companies in NRW