You Are Here: Honorary Doctorate for Nobel Prize Winners 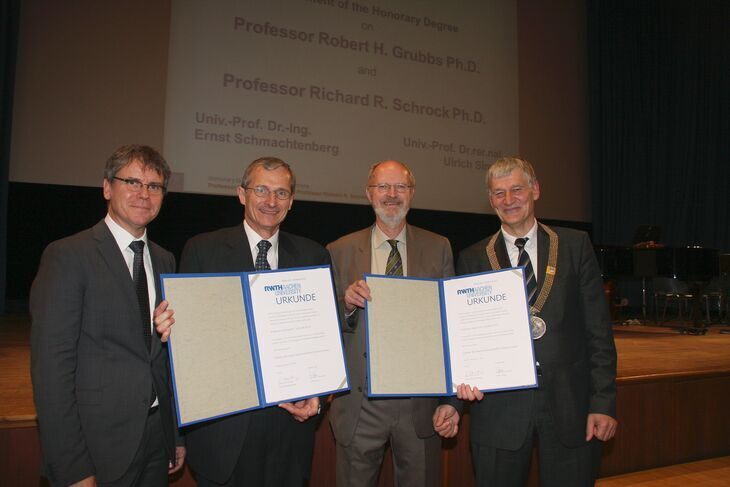 RWTH Aachen has awarded honorary doctorates to the US-American researchers Prof. Robert H. Grubbs from the California Institute of Technology and Prof. Richard R. Schrock from the Massachusetts Institute of Technology. The award was made in recognition of the chemists’ excellent and distinctive work on catalysis in a metal-organic framework, particularly the development of viable metathesis catalysts. In 2005, the researchers were presented with the Nobel Prize "for the development of the metathesis method in organic synthesis."