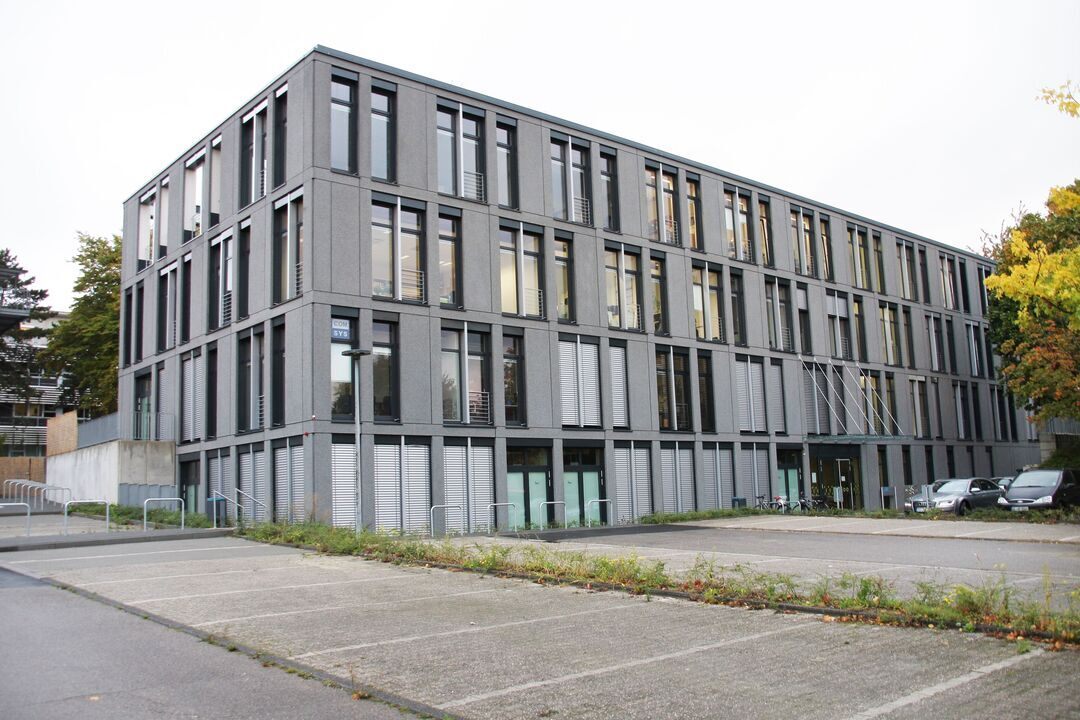 RWTH Aachen invested approximately eight million euros in the new computer science annex building. The inaugration for the building on the Ahornstraße has now taken place.

The building was constructed in record time. Work began on the four-story building, which borders the Sammelbau Ahornstraße protected as historic monument, in September 2012. Employees at the Chairs of Communication and Distributed Systems and Computer Graphics and Multimedia were able to move into the new space in June 2013. They were actively involved in the planning by pbs architekten Planungsgesellschaft mbH. The company nesseler grünzig bau Gmbh constructed the 1900 square meter enterprise.

The facade made from sandwich-pre-assembled components and ceilings with concrete core temperature core as temporary energy storage are part of the building's particular attributes. The interior stands out due to a creative environment with innovative and technical equipment: flexible wiring, a server room for a large computing cluster, and surfaces for test networks for sensor experiments outside and inside all enable the Department of Computer Science to collaborate with the German research network G-Lab, which researches the internet of tomorrow. The 32M pixel monitor wall was built in a 3D lab, so that ultra-high resolution 3D graphics can be projected onto a surface of almost ten square meters.