"5 to 12" Science Night for the Eleventh Time

On Friday, November 8, 2013, RWTH Aachen will again open its doors to the public for its popular  “5 to 12 Science Night.” Transformed into a science exhibition center, the university's Kármán Auditorium will host a large number of presentations, film screenings, theatre performances, and interactive installations and exhibitions. 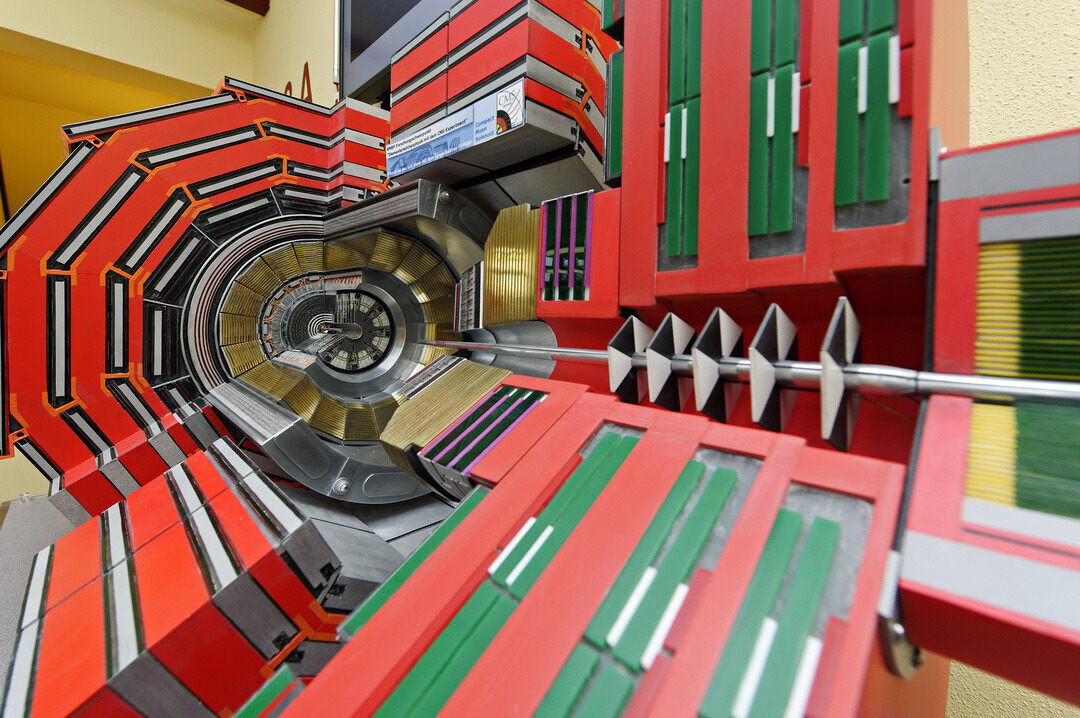 © Peter Winandy "The Higgs Boson - From Science to Art" is one of the many fascinating topics of this year's Science Night.

The following – and many more – topics will be presented at the Science night: Professor Hans Josef Allelein will elucidate Germany‘s turn to sustainable energy, Professor Eckstein explore the pros and cons of electric mobility, and Professor Christoph Stampfer will introduce you to the world of the two-dimensional ‘miracle material’ graphene. And if you are interested in the choice of partners among fungi, you should attend Professor Jan Schirawski’s lecture, titled “The Secrets of Mate Selection: What We Can Learn From Fungi.”

At 7pm and again at 9.15pm, the "Physicants,“ a group of natural scientists, actors, and moderators, will conduct 16 experiments in an impressive physics show – a ‘best of’ presentation including a ‘fire tornado,’ a Faraday cage, and an 'illuminated cucumber.'

In the Aula of the Main Building, starting at 7.30pm, RWTH Chancellor Manfred Nettekoven will host the popular Science Slam with performances and poetry activities presenting creative insights into diverse phenomena such as nanospaghetti, the E. coli superstar bacterium, and the “judiciary informatics piano.”

Furthermore, there will be numerous stands of science-related interactive experiments involving the audience, such as the traditional physics fair, the “Ideas 2020” wandering exhibition by the Helmholtz Association, the biology and biotechnology stand, and the driving simulator from the DLR School Lab at RWTH Aachen.

The science night will be concluded with a muscial performance by popular local band Lagerfeuer Trio.