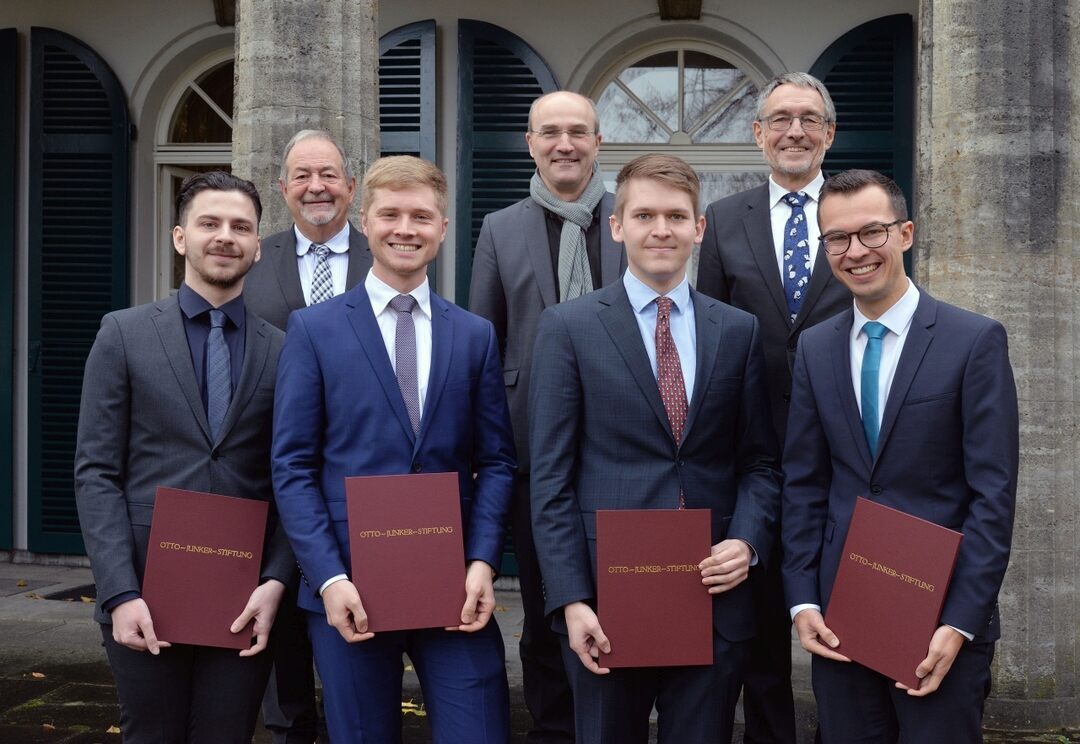 Oliver Beyß completed secondary school at the Kaiser-Karls-Gymnasium in Aachen, after which he studied materials engineering. During his studies at RWTH, the 25-year-old received a Deutschlandstipendium, a scholarship for high-achieving and committed students. Since November 2018, Beyß has been a research assistant at the Chair of Corrosion and Corrosion Protection at RWTH University.

Marc Helmer, born September 1993, graduated from high school in Münsingen, and then studied industrial engineering, specializing in electrical power engineering. He also spent 15 months at the KTH Royal Institute of Technology in Stockholm as part of the double master program "Top International Managers in Engineering", T.I.M.E. for short. Both, the German National Academic Foundation (Studienstiftung des deutschen Volkes) and the Network² financial support program granted Helmer scholarships. He also received the 2015 TRIANEL Prize, the 2014 Aachen VDE Prize, and the 2019 Springorum Medal for his outstanding academic achievements. Helmer now works for AUDI AG in Ingolstadt in the area of Integrated Control and Product Planning.

27-year-old Lukas Ortmann studied electrical engineering, information technology, and computer engineering. Before that, he attended the Engelbert-Kaempfer-Gymnasium in Lemgo. During his studies at RWTH, Ortmann held a scholarship from the German National Academic Foundation. A stay abroad at the University of California, Berkeley, was supported by a scholarship from the Dr. Jürgen Ulderup Foundation’s mechanical engineering program. In 2017, Ortmann went to Harvard University in Cambridge for a research stay. During his studies, he was involved in Aachen’s volunteer fire brigade. After completing his studies, he joined the selection committee of the German National Academic Foundation. Ortmann was awarded the 2018 Springorum Medal at RWTH, before transferring to ETH Zurich in October 2018 to complete his doctorate there.

Marcus Sommerfeld, born in January 1993, passed the university entrance examinations at the Regional Vocational Training Center in Mölln. In the winter semester of 2012, he began his studies in materials engineering. In 2016, he spent a semester abroad at the Pohang Technical and Scientific University in Korea, and, in 2017, he studied at Aalto University in Finland. Since November 2018, Beyß has been a research assistant at the Chair of Corrosion and Corrosion Protection at RWTH University.