Numerous RWTH Alumni at Get Together in Shanghai 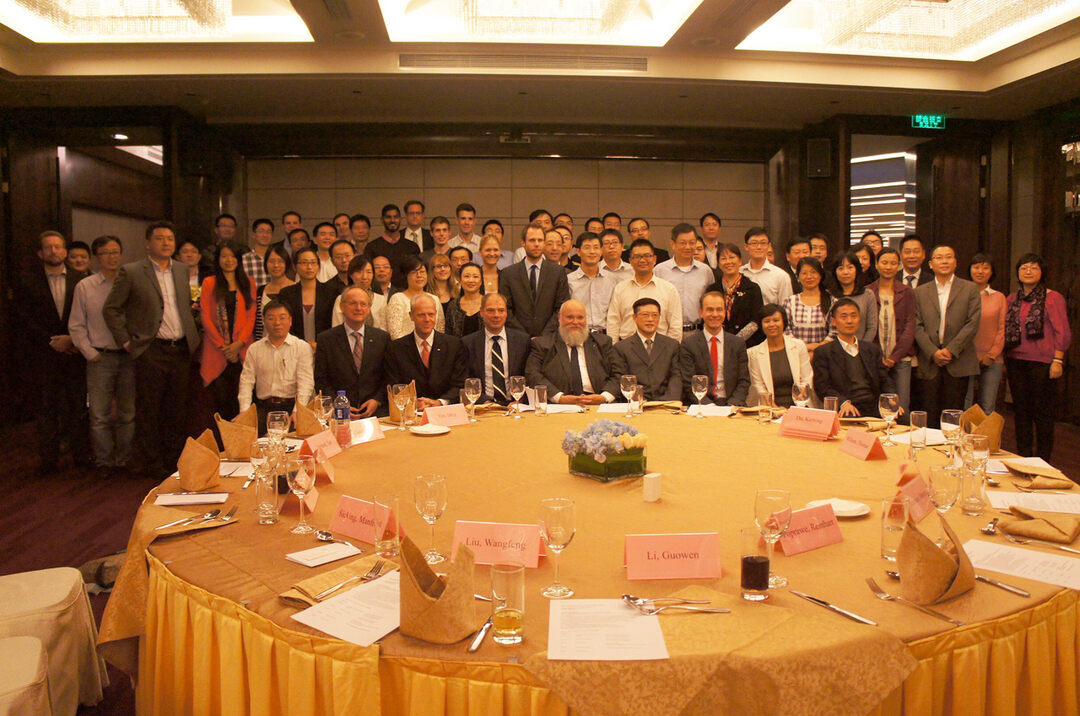 A visit from a delegation from Aachen in Ningbo and Shanghai was also cause for a RWTH Aachen and FH Aachen alumni getogether in China. More than 70 alumni came together at the Conference Center of Knowledge and Information Community KIC in Shanghai.

There they listened to Professor Marcus Baumann, Rector of FH Aachen, and Professor Reinhart Poprawe, RWTH Aachen Rectorate's Delegate for China and Head of the Fraunhofer Institute for Laser Technology ILT, talk about current developments and projects at both Aachen universities.

The dinner following the event offered graduates the opportunity to network in a casual atmosphere, talk with each other, and develop ideas for future get togethers in Shanghai.