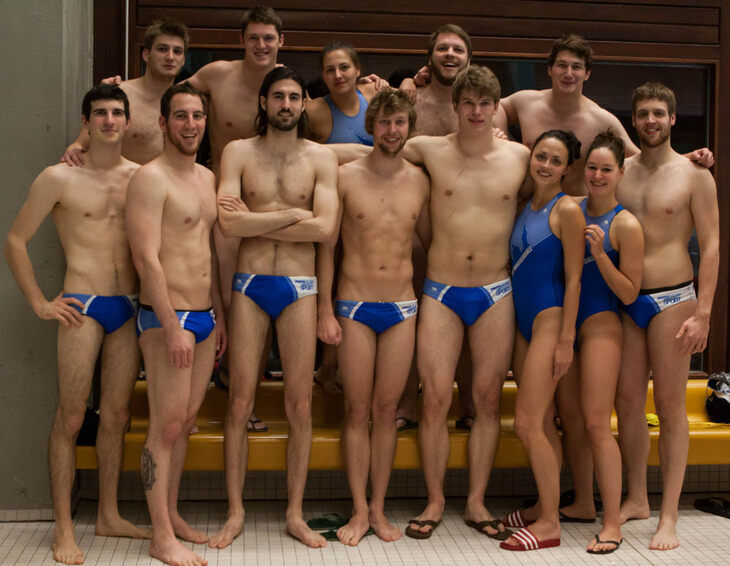 From new water polo players to experienced league veterans, there was something from everything: eleven teams from nine universities played against each other at the first adh-Open Mixed Water Polo hosted by the Allgemeiner Deutscher Hochschulsportverband, adh for short, in Karlsruhe. RWTH advanced to the finals with five victories in five games. "It was a close and gripping duel, the team in the lead was always alternating," reported captain Florian König. In the end RWTH secured the first title at the University Championship in a game against the, until then, undefeated team from the Sporthochschule Köln with a score of 6:5.