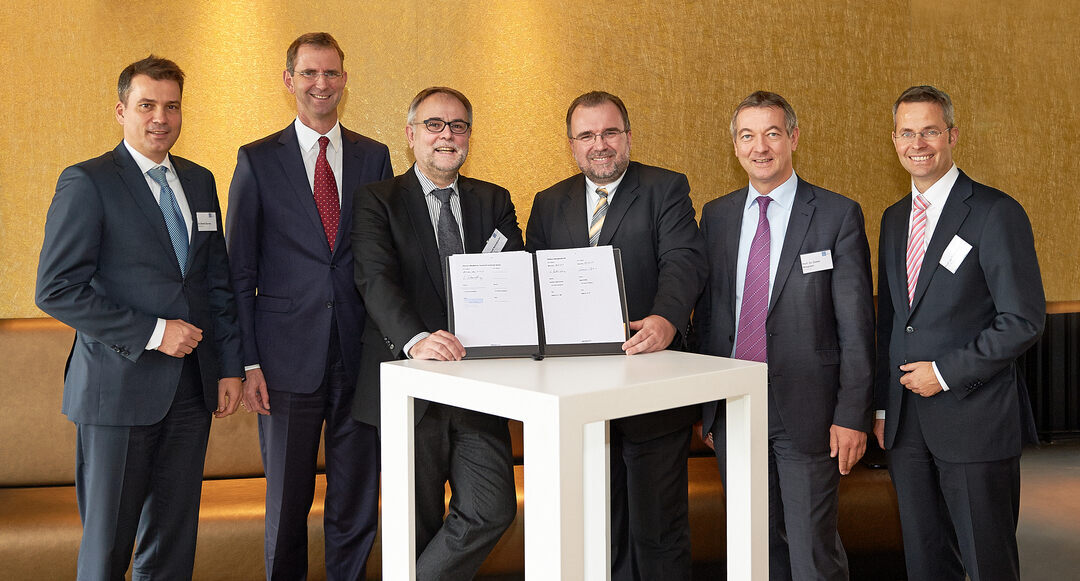 RWTH Aachen University is one of eight worldwide strategic partner universities of Siemens AG and collaborates with the company in the “Center of Knowledge Interchange,” CKI for short. Now the University and Siemens have signed a framework agreement on contract research.

After the establishment of the Siemens research areas “Sielectric Powertrain” and “Rare Earths” in 2011 and 2012, the new framework agreement represents a major milestone in the ten-year cooperation between the two partners.

As CKI Director and RWTH Professor Günther Schuh emphasized,  “Our thanks go to all those involved in the project, particularly to Professor Siegfried Russwurm, who is a member of the University’s Board of Governors, and who supports the cooperation as a Siemens management sponsor.”