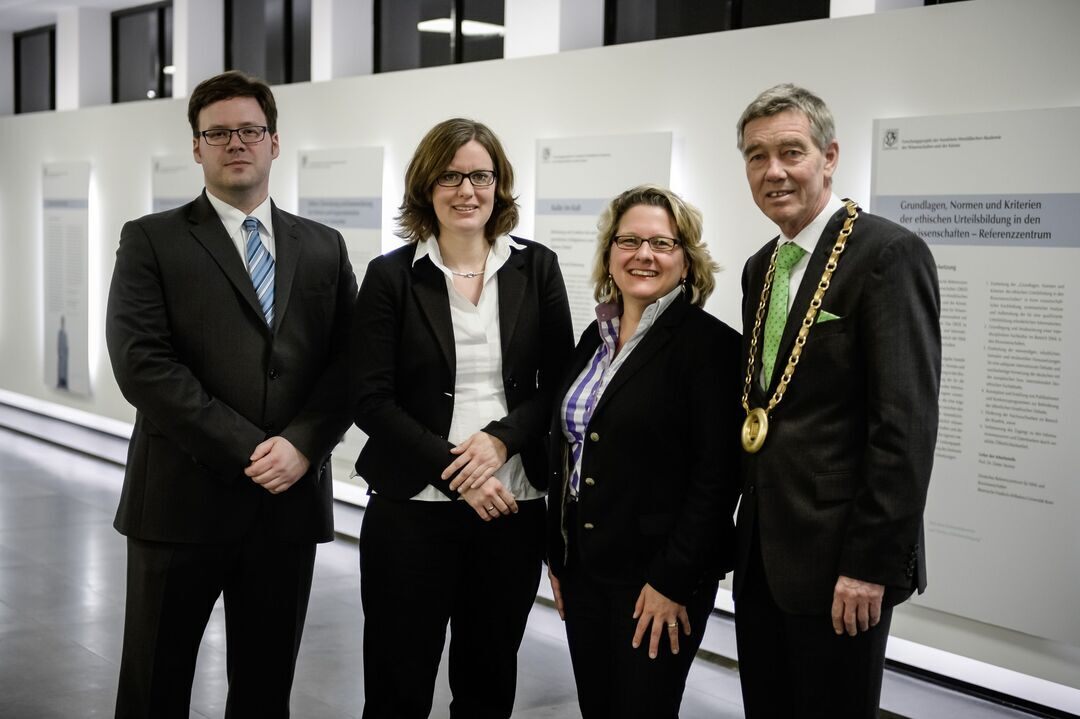 Her research includes investigating perception and communication in complex acoustic scenarios, such as classrooms and large-room offices, with a focus on cognitive processing. She is developing models and algorithms for audio systems and sound experiments,  which can be used for the optimization of hearing aids, for example.

His key research areas focus on the Hellenistic period and the Roman Empire and include the discourse on the characteristics of legitimate rule, the analysis of cross-cultural contacts, and identity constructions. His habilitation thesis investigates the practice of rule of the Roman Emperor Antoninus Pius (138  - 161 CE).

Pictured in the photo are, from left: Dr. Christoph Michels; Professor Janina Fels; Svenja Schulze, NRW Minister of Innovation, Science and Research;  and Professor Hanns Hatt, President of the North Rhine-Westphalian Academy of Sciences, Humanities and the Arts.