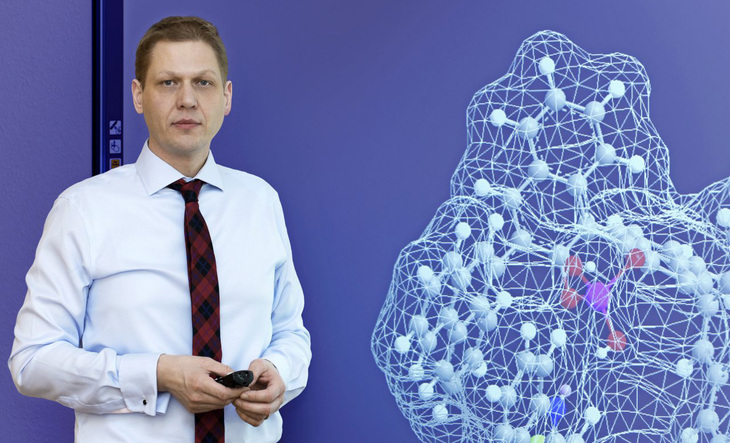 RWTH Professor Magnus Rueping, Chair of Organic Chemistry at RWTH Aachen, will a receive a Consolidator Grant from the European Research Council, ERC for short. The 41-year-old researcher has already received support from the Research Council in the form of an ERC Starting Grant, worth almost 1 million Euros, in the funding period between 2007 and 2012. Due to the Consolidator Grant, the Rueping Research Group will receive up to two million Euros for their research on “Sustainable Catalysis and Technological Development.”

Over the next five years, in the context of the ERC project, the involved RWTH chemists will focus on three key research areas: visible light photo catalysis, the activation of unreactive C-H bonds for the synthesis of complex products such as plant protection agents and pharmaceuticals, and 3D Printing Technology for the Tailor-Made Production of Reactors.

Rueping has been Professor of Organic Chemistry at RWTH Aachen since 2009. He studied at TU Berlin and received his doctorate from ETH Zürich in 2002. Subsequently he took up a postdoc position at Harvard University. In 2004, we accepted a professorship from Goethe University, Frankfurt. Rueping has won several awards, including a Lecturer’s Fellowship from the Chemical Industry Fund, the ORCHEM Prize from the German Chemical Society, and the Chemistry Award from the Göttingen Academy of Sciences and Humanities.