The "DAAD Award for Outstanding Achievements and Extraordinary Volunteer Involvement of International Students" was awarded to Ameya Rane this year. The Indian-born student is enrolled in the English-taught RWTH degree program on “Production Systems Engineering.” The award is funded by the German Academic Exchange Service, DAAD for short, and is worth 1000 Euros. 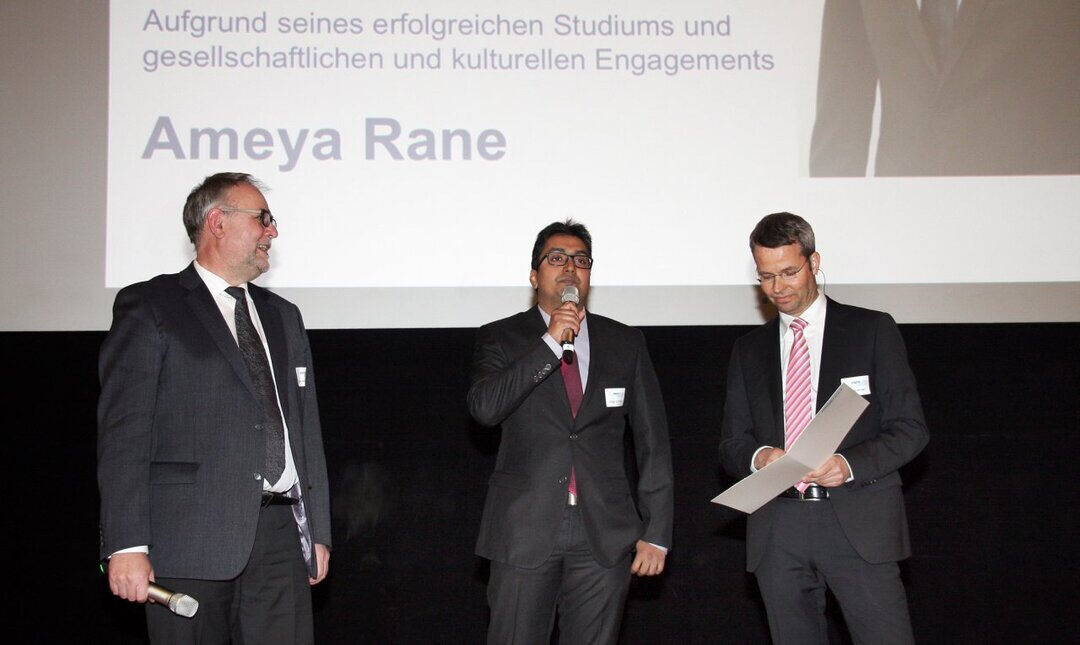 Ameya Rane was nominated for the award by the RWTH International Academy.

Apart from being a senior mentor and group representative in the International Academy community, he is also President of the Association of Indian Students in Aachen, AISA.

He has organized numerous events and initiatives to promote the intercultural exchange between Indian students and students of other nationalities at RWTH Aachen. Rane realized the AISA Home Buddy project, for example, which is to assist incoming Indian students in finding accommodation in Aachen.

Ameya Rane was officially presented with the DAAD award during the  RWTHtransparent event in January 2014.