You Are Here: A Playful Career - New Issue of RWTH Alumni Magazine "keep in touch" 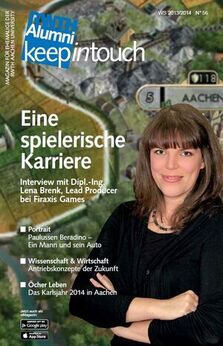