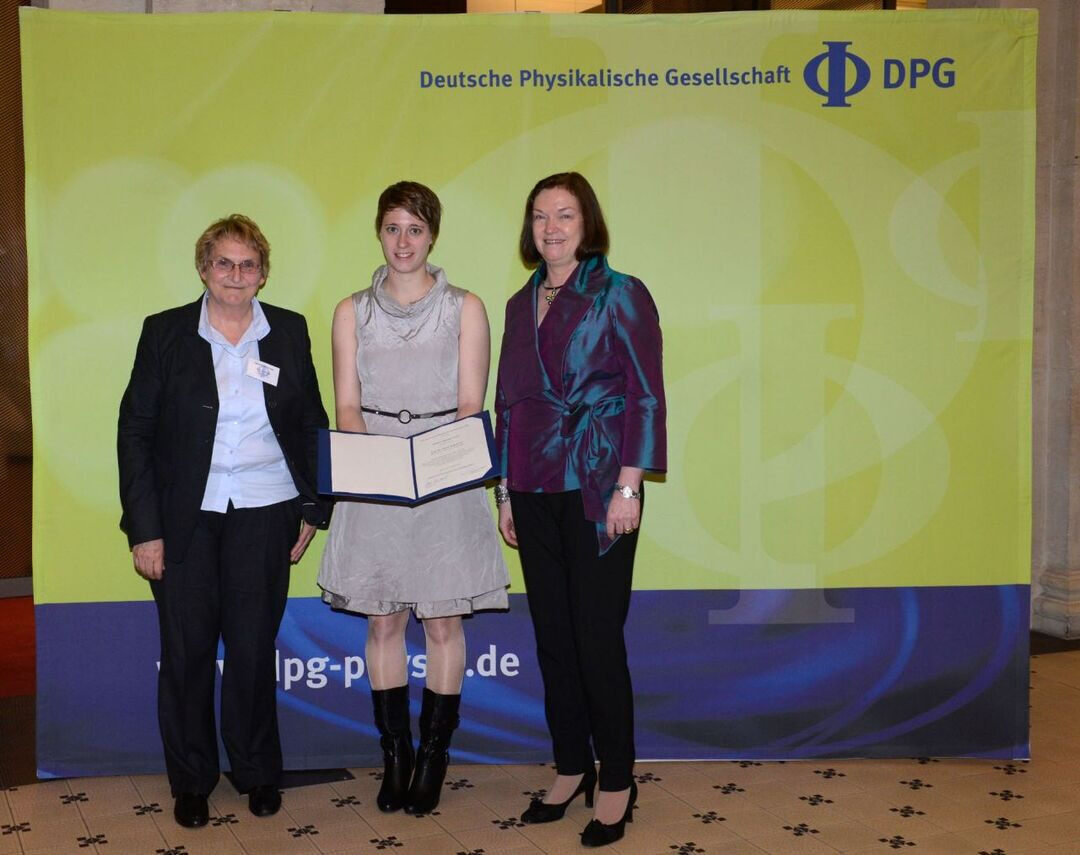 © DPG/Kleinod Dr. Anne Schukraft receives the Hertha-Sponer-Preis from the President of the DPG, Professor Johanna Stachel (right) and Professor Getrud Zwicknagl, member of the board at DPG.

IceCube is the world’s  largest  neutrino telescope, located at the Amundsen-Scott South Pole Station in Antarctica. IceCube searches for neutrinos in the high-energy range and records their interactions.