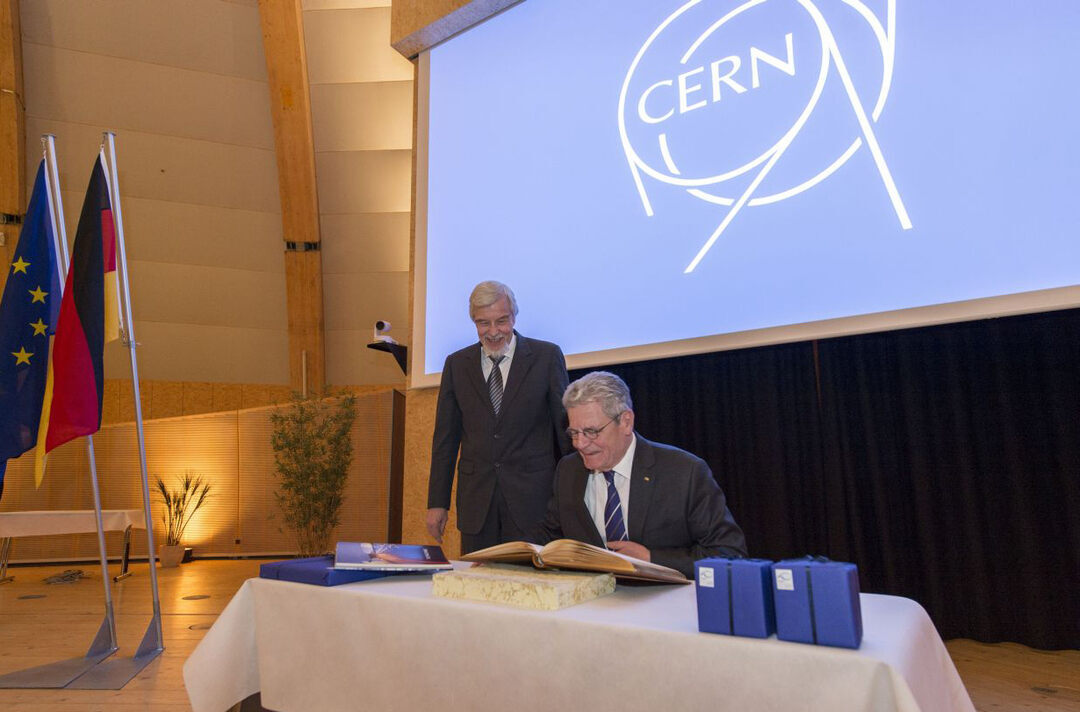 The European Organization for Nuclear Research, CERN, in Genf, had an important visit: Federal President Joachim Gauck visited the European research lab during his stay in the Swiss Confederation. The detectors, with which the Higgs Particle was recently discovered, and discussions with researchers from Germany were highlights. CERN builds and operates the collider, that raises to particles to high energies and forces them to collide. The experiments, with which the particle physicists investigate the result of the collisions, are carried out by international collaborations. RWTH Aachen has also significantly contirbuted to these collaborations.

Professor Karl Jakobs from the University of Freiburg, Speaker of the German ATLAS groups, is one the scientists who explained the ATLAS detector and LHC collider to the German head of state. "The Federal President's interest in physical fundamental research and its influence on our society in particular is an honor," said Professor Jakobs, representing the Gemeinschaft der deutschen Teilchenphysiker.

The Federal President's visit was a sort of kickoff to CERN's 60th birthday celebrations, taking place under the motto 60 Years of Science for Peace. The motto serves as a reminder how CERN has been able to bring together scientists from the East and West to a peaceful collaboration, even during the turmoil of the Cold War, thus enabling dialogue, that has never discontinued, even under great tension.

After World War II, CERN was the first international organization Germany could join as a full-fledged member. This was an initial step out of isolation. With official kickoff celebrations in Paris on June 1, 2014, CERN will remember its founding, which took place under the roof of UNESCO. A birthday celebration with scientists and politicians on September 29, 2014, in Genf will also take place. The deutsche Gemeinschaft der Teilchenphysiker is celebrating the anniversary on September 24, 2014, in Bonn.

Three RWTH Aachen physics institutes are involved in the CMS experiment. They built important components of the enormous detector. They operate a data station in the global computer network of the LHC and evaluate data. "The LHC will be here till the end of the year. It will be expanded to attain even higher energies. We are also working on improving our detector and preparing for what we could find at the new energies," says RWTH Professor Achim Stahl, Speaker of the German groups in the CMS collaboration.