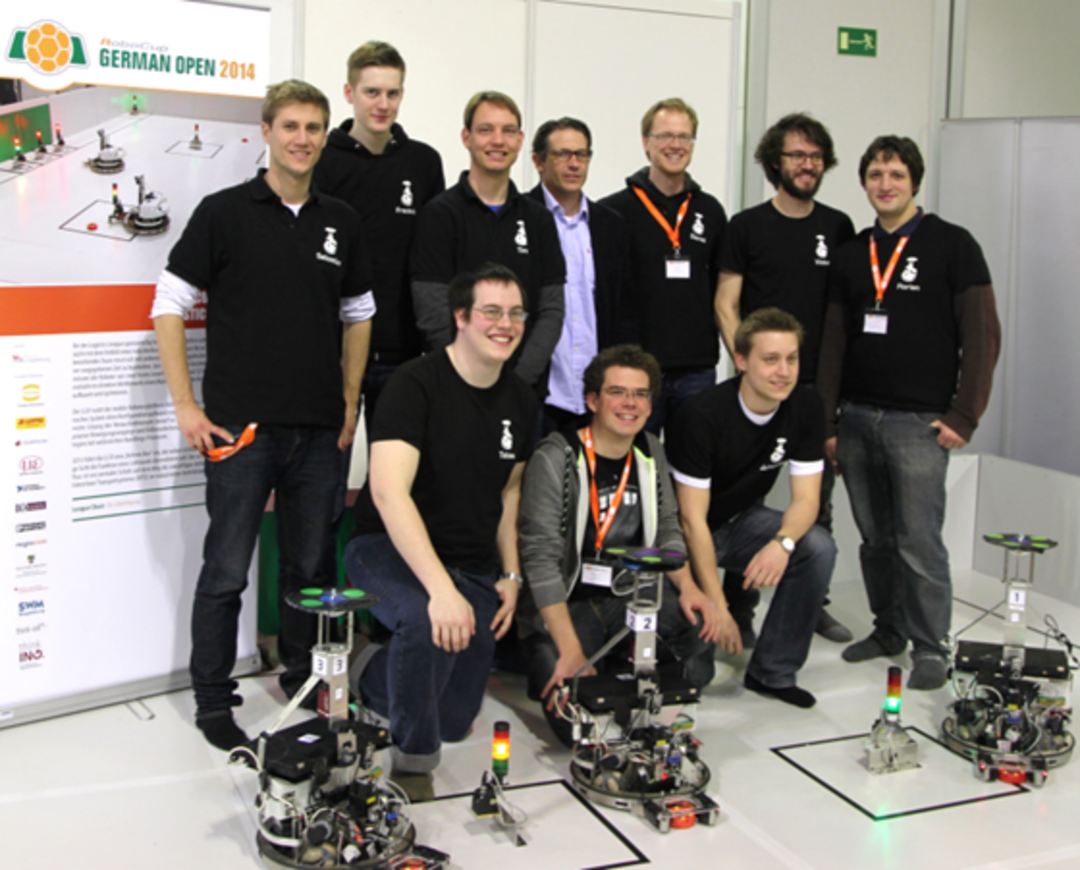 The "Carologistics" succeded in the final of the RoboCup Logistics League in Magdeburg: the joint team of RWTH and FH Aachen beat the reigning world champion, TU Munich's "BendingUnits," 81-40.

The task of the RoboCup competition was to implement and optimize the logistics processes from an industrial production scenario using autonomously acting mobile robots. Thus, the participants had to solve both classic mobile robotics problems such as localization, navigation, and computer vision, as well as general planning and cooperative tasks.

The winning team now plans also to compete in the World Championships, scheduled to take place from Juli 21 to 24 in João Pessoa, Brasil, hoping to be able to achieve a similar success.