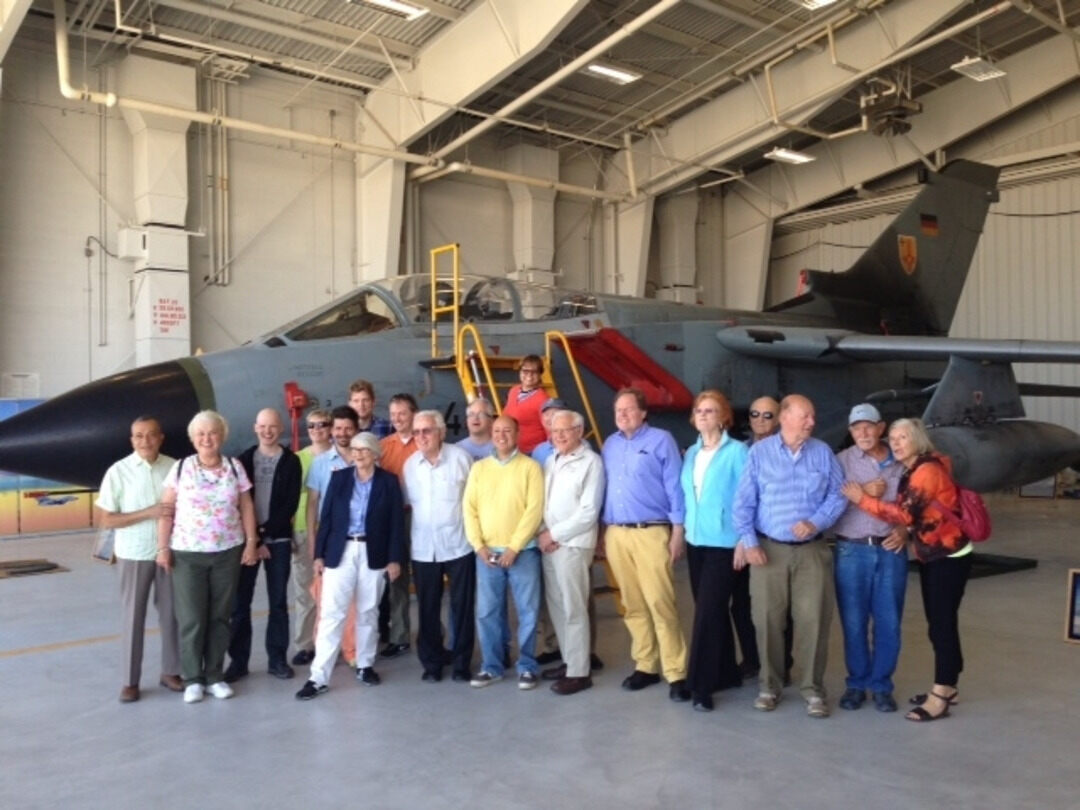 © Gerd Schroth RWTH alumni stand in front of "Tornado" from the German Air Force at Holloman Air Force Base in Texas, El Paso