You Are Here: Competence Center for Sign Language and Gestures Opens at RWTH

Competence Center for Sign Language and Gestures Opens at RWTH

For over 20 years now, the SignGes team has been conducting research at the Institute of Linguistics and Communication Science and at University Hospital Aachen. Its work significantly contributes to improving the inclusion of individuals with impaired hearing. 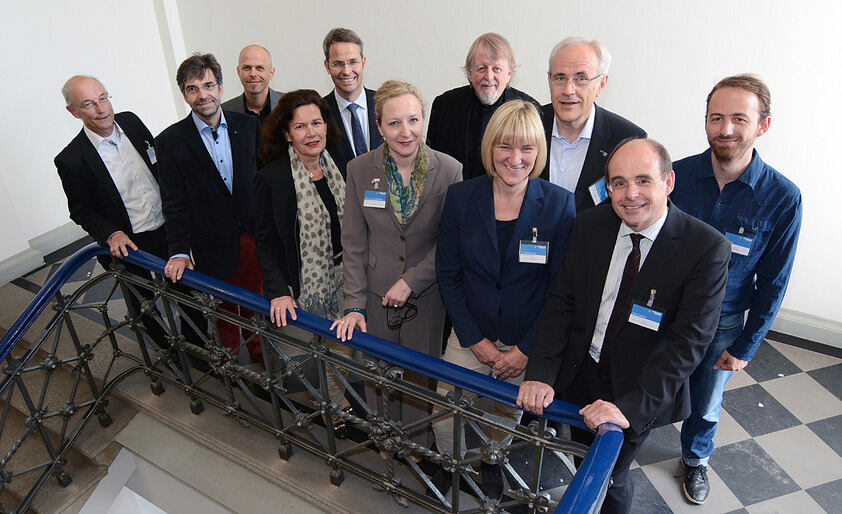 The SignGes team consists of researchers with normal and impaired hearing. Individuals are considered deaf when they use sign language as their preferred mode of communication.

At the end of 2013, the team joined forces with the RWTH gesture research group at HumTec, led by Professor Irene Mittelberg, to launch the SignGes Competence Center. In June 2014, the new center was officially inaugurated.

SignGes is equipped with video conferencing system suitable for sign language conferencing and a professional video studio with a 270 degree green screen. With the help of a tele-prompter and three cameras, videos can be recorded from three perspectives; subsequently, the videos can be digitally edited and captioned.

Furthermore the gesture research group has access to HumTec's state-of-the-art optical motion capture system aligned with high-speed and video cameras. With the help of the system, co-speech gestures can be captured and analyzed.

Current projects of the Center include the “DeafExist” entrepreneurship center and AGL, which provides education and training for sign language teachers in the federal state of North Rhine-Westphalia. In the field of empirical multimodality research, the Center investigates interactive communication situations with the help of multiple recording technologies.