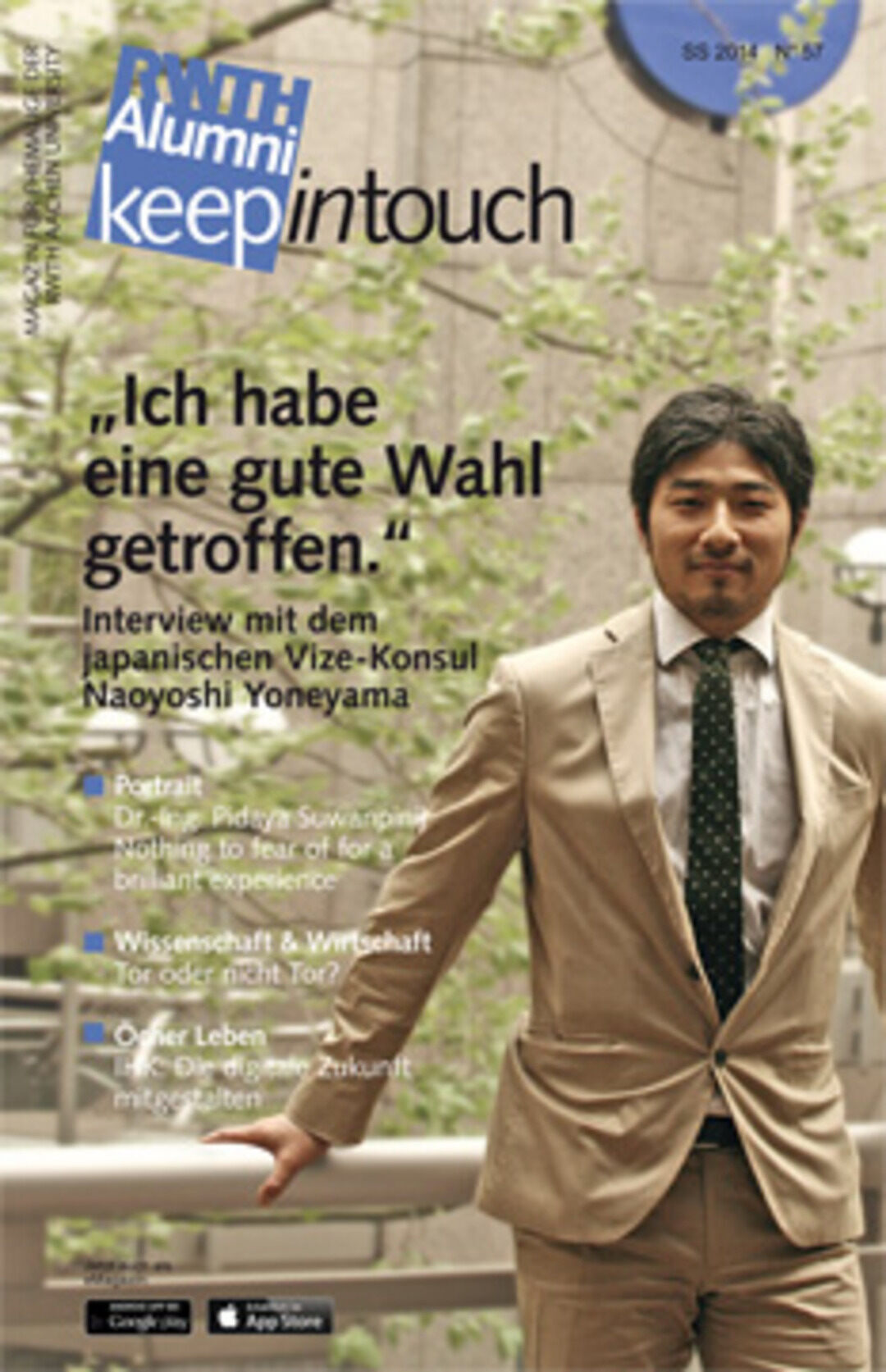 © RWTH/dih The cover fo the new issue of the RWTH alumni magazine „keep in touch“ with Naoyoshi Yoneyama, Vice-Counsel at the Japanese General Consulate in Düsseldorf.