"Nothing to fear but a brilliant experience"

I now see academics not only in Germany but in Europe. 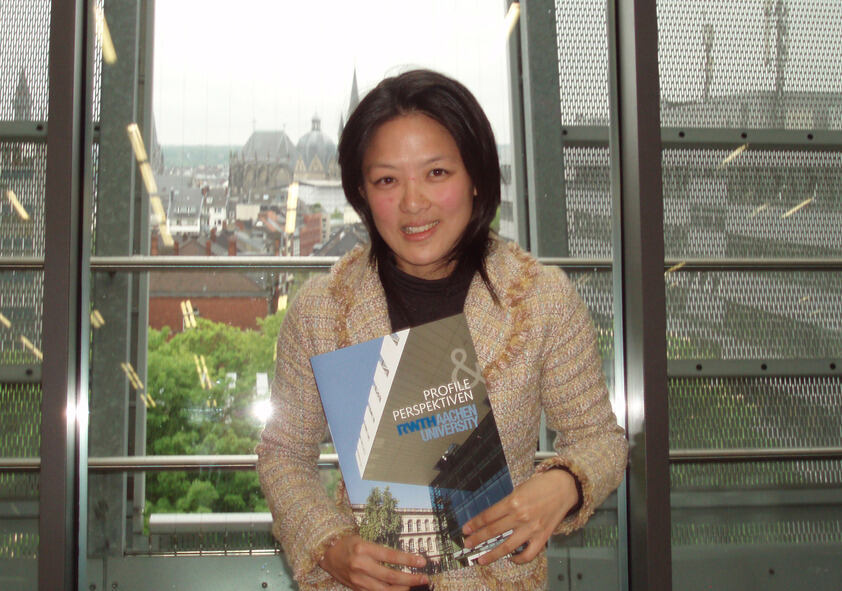 Born in August 1980, in Thailand, Piyada came to Germany in October 2006, for her PhD at RWTH Aachen University. She was recommended by TGGS to Professor Wolfgang Bleck, director of the Institute of Ferrous Metallurgy (IEHK), with whom she then published several articles resulting from European Respiratory Society (ERS) and Deutsche Forschungsgemeinschaft (DFG) granted projects on the subjects of “Hot Rolled High Strength Steel” at the IEHK and TGGS. Before her research stay in Aachen, she did her Master’s with distinction in the U.K., “I now see academics not only in Germany but in Europe.” After six years of doctoral studies, she knows what an accomplishment a PhD is and a lot about writing proposals and gaining projects, which are very helpful for TGGS and Thai research institutes. “Nothing to fear”, she summarizes when speaking about Germany to her Thai students at TGGS. In Thailand she is appreciated in the academic field not only by students, lecturers and other scientists, but also by the industry because of her experience abroad.

A brilliant experience in the end.

But at the beginning it was difficult, even for her, especially to get along with her third language and the organization at her research department: Eight years ago in a meeting, just in her second week after her arrival in Germany, her first challenge was to present herself in German in front of 40 people at the project colloquium. “What I did not expect was that everything would be in German, all the meetings, almost all lectures, the proposals of my PhD project as well as the project colloquia. So I was not able to follow along with a lot of the content for a long time. But then there is nothing to be scared of if you take this challenge and turn it into a brilliant experience in the end.” So she took a few intensive German language courses, looked for a nice room to live in and started forming friendships with her colleagues as well. “That was everything I needed to survive at the beginning. After that I was able to professionally start my research on ‘Hot Rolled High Strength Steel’.” Having gained some impressions of the academic field, she points out Germany’s collaborative model between university and industry. “Because of that special landscape, research in Germany is very interesting and also very systematic like Germans are by nature.” In contrast, doing research in Thailand is more relaxing, the hierarchy among lecturers and students is very level and additionally “Thailand is called ‘the land of smile’” for a reason.

Research in Germany is very interesting and also very systematic like Germans are by nature. 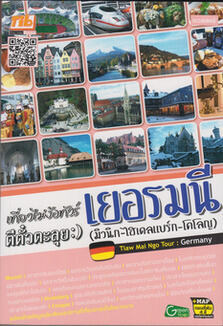 Piyada's travel guide about Germany is now one of the most famous books for travelling in Thailand.

At the beginning of her studies she, herself, signed what she called a “permanent contract”, a seed funding by the Royal Thai Government under the cooperation between the German Academic Exchange Service (DAAD) and the Centre for Higher Education (CHE). “This is a very strong commitment to your home country at a time when you are a young researcher without any plans because it asks you to immediately come back to Thailand after graduation. They are investing in human resources. Like you are funded for five years, you have to work for Thailand for ten years. It is a great task if you do not know how your life will go.” And Piyada did not know for sure herself at that time.

She adjusted to the task with a personal compromise: she now writes a lot about travelling though she does not travel herself. Meanwhile, she has published a travel guide about Germany in Thai that should make it a lot easier for her Thai readers as well as her students to learn about the tourist destination. She has even made research in Germany more attractive by emphasizing persuasive reasons like the direct German character and mentality, the structural working culture and the good work-life-balance. Moreover, she talks about how to do business with Germans as well which is what Thai students are interested in knowing. “So no phone calls during the meeting!” or “What is the dress code?”, “How do I introduce myself?,” and “When and how to shake other people's hand?”

Read the whole article in the alumni magazine “keep in touch”, pages 14 to 15, or download the article as a PDF.