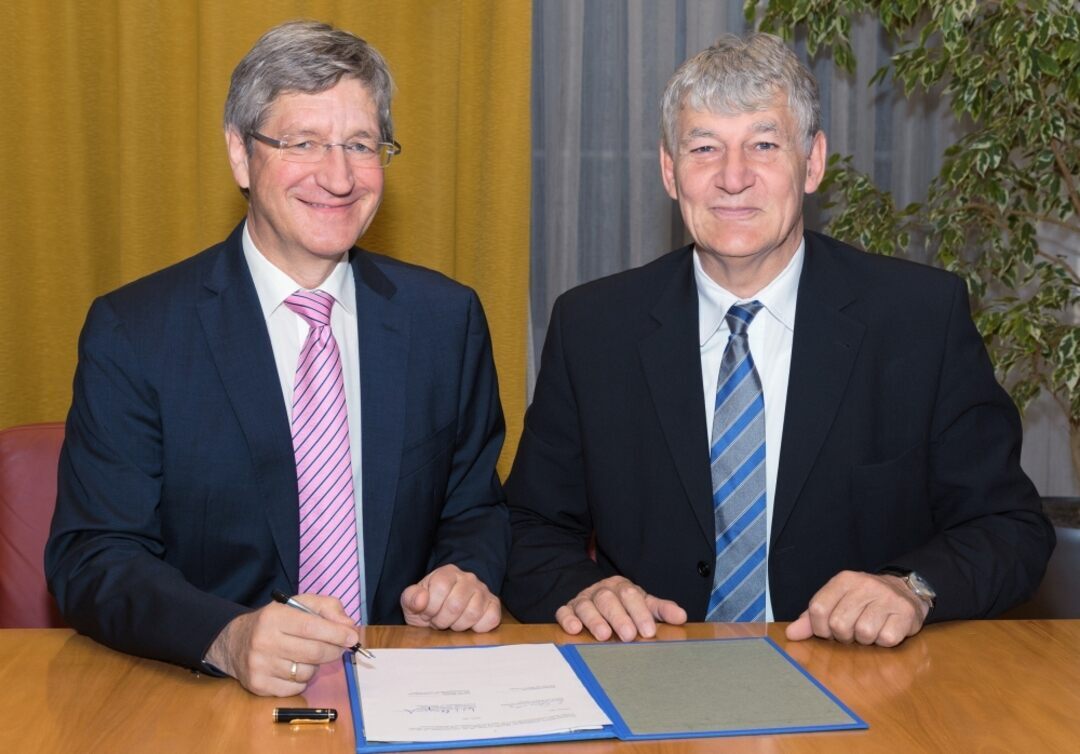 The Jülich Aachen Research Alliance, JARA, took an important step towards fortifying the partnership between RWTH Aachen and Forschungszentrum Jülich on September 30, 2014. By signing the framework condition to create JARA institutes, a foundation has been laid for tighter, targeted joint research. The first step includes founding two institutes from each of the sections JARA-BRAIN and JARA-FIT.

Solving society's pressing challenges is a central objective of JARA scientists. Within the framework of JARA institutes, the researchers' work will be further bundled and concentrated. First, two institutes will be founded in the field of brain research and two in the field of information technology. The goal of the institutes "Brain structure-function relationships in normal and abnormal behavior” and "Molecular neuroscience & neuroimaging" is to research the human brain. The number of patients with neurological diseases has increased over the course of demographic change. The essential tasks of science are to develop new therapies and reliable diagnostic procedures as well as to understand the functions and disorders of the brain.

"With NRW's Future Higher Education Act, effective October 1, 2014, we now have the possibility to establish the JARA institutes together," said Professor Ernst Schmachtenberg, rector of RWTH Aachen, summarizing the organization and planning. "We are creating a new instrument with the JARA institutes: outstanding scientific institutions that are simultaneously embedded into the existing structures at Forschungszentrum Jülich and RWTH." The strategic planning of research, teaching, and infrastructure, and all financial matters will be handled together. "The foundation of the institutes brings the collaboration of Forschungszentrum Jülich and RWTH Aachen in JARA to a whole new level. The relationship will be fortified and opens up additional perspectives to JARA scientists for successful collaboration," explained Professor Wolfgang Marquardt, chairman of the board of Forschungszentrum Jülich. "JARA is now even more a model for collaboration between a university and a non-university research institution. The alliance has set the wheels in motion for the futher development of Germany as a place of science."

The Jülich Aachen Research Alliance, JARA for short, is a unique collaborative model in Germany between RWTH Aachen and Forschungszentrum Jülich. It overcomes the coexistence of university and non-university research and teaching in order to face complex questions with unified research skills and capacity. RWTH Aachen and Forschungszentrum Jülich link together research fields in JARA in a targeted matter that effectively supplementes their respective, specific strengths. Under the motto "Bundling skills, researching together, shaping the future" they have created an excellent scientific environment.