You Are Here: Developing the Electrical Networks of the Future

Developing the Electrical Networks of the Future 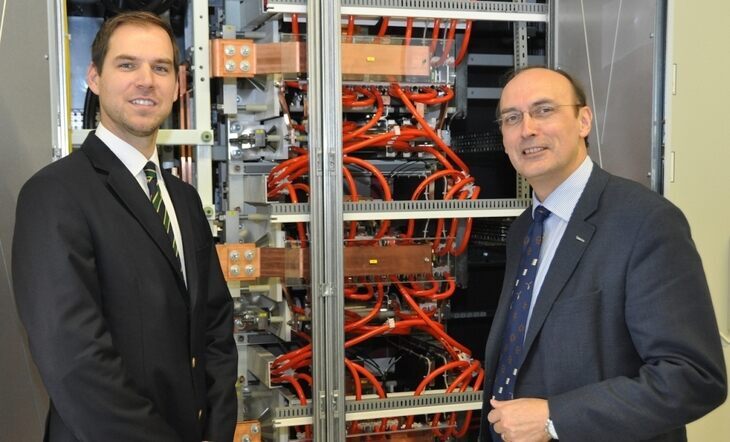 "Now that we have received the long-awaited funding confirmation from Berlin, we’re finally ready to start! We were always positive that a convincing research proposal, backed up by high-profile partners from industry, would succeed in the application process, but of course there’s always some degree of doubt about the final decision.” Professor  Rik W. De Doncker, Director of the E.ON Energy Research Center at RWTH Aachen University and Chair of Power Electronics and Electrical Drives, is delighted with the positive response from the Federal Ministry of Education and Research, BMBF.

"We have successfully completed all preparations, now the first major phase of the “Electrical Networks of the Future” Research Campus, FEN for short, will be launched," said Professor De Doncker.

Over the next five years and with a budget of at least 20 million Euros, the newly established research consortium will investigate the role of direct current (DC) technology in the necessary extension of power transmission and distribution grids.

The development of cost-efficient, widely accepted solutions is considered to be decisive for the success of Germany’s so-called energy transformation, the planned transition an energy portfolio dominated by renewable energy.

According to De Doncker, “the quality of the extension has priority over the quantity. We seek to manage the grid expansion with as few new power supply lines as possible.”

Fifteen chairs at RWTH Aachen und eleven partners from industry – a number that is likely to grow – will now start to collaborate in the consortium, whose office and research spaces are located on the new research campus of the University.

In their roles as Business or Premier partners, the companies significantly contribute to funding the large-scale project. For the Ministry, apart from a convincing research proposal, the involvement of industrial partners was a central requirement for the grant of initially ten million Euros over the next five years.

Renewal funding in the same amount is possible if the collaboration works successfully and the idea of a research campus, involving the fruitful cooperation of research and industry at one location, is successfully implemented.

In its form, objectives and facilities, the FEN consortium represents a unique research cooperation within Europe. As FEN managing director Dr. Christian Haag puts it, "the list of partners reads like a section from the Who’s Who in the energy sector: collaborating companies include General Electric, Schaffner, Infineon, Siemens, the RWE subsidiary Westnetz, and the Düsseldorf energy company E.ON. Also onboard are companies such as Hager Group, Maschinenfabrik Reinhausen, Fuji Electric, and Hyosung.”

According to Haag, the need for a cost-efficient expansion of energy grids is so pressing that the collaboration brings together companies that in everyday business are fierce competitors.

But FEN partners do not have to be globally active corporations – the research consortium also offers partnerships with small and medium enterprises. SMEs are considered to be innovation drivers, characterized by a high degree of creativity and flexibility. An SME actively involved in the research project, for example, is AixControl, a spin-off company from RWTH Aachen.

FEN’s interdisciplinary key research areas have a focus on electric energy at low, medium, high, and highest voltage levels. In particular, the consortium seeks to further develop and integrate DC technology at all voltage levels. As Professor Albert Moser, who is responsible for the “High Voltage” research area, explains: “Through our research activities, we will find out where and how DC technology can be profitably used, today and in the future.”

Direct-current technology already plays a major role in high-voltage transmission networks. According to the plans of the Federal Network Agency for Electricity, Gas, Telecommunications, Post and Railway for a north-south power transmission corridor, new transmission lines using this technology are to be built or old ones to be extended.

In the medium-voltage sector, DC technology does not play a role as yet: no company or research institution is able or willing to address this topic on its own. A possibility for the development of promising technologies, however, is a research collaboration such as FEN, which receives strong financial support from both the involved industrial partners and from public sources – exactly the type of project that the BMBF seeks to encourage.

It is expected that further industrial partners will join the project, contributing to a budget that may well exceed twenty million Euros for the first five-year period.

The "Medium Voltage” research section aims to build a demonstrator network that connects and efficiently provides power to the test rigs of various research institutes on campus. The network is to use direct-current underground cables and, possibly, a superconducting cable for a test supply line. For the test rigs, operating in the megawatt range, DC-to-DC converter technology will be used. This innovative demonstrator network shall be completed within the first major project phase, by 2019 at the latest.

Another aspect that brings all these companies together in the FEN consortium is the aim to develop and establish international standards and norms for future DC medium voltage grids and components.

Dr. Christian Haag (left) and Prof. Rik W. De Doncker are delighted with the funding confirmation from the BMBF. The researchers are standing in front of E.ON ERC's new high-performance test bench, which has been in operation since the spring of 2014. The test bench will be used to intensively test the power electronic components required for the new DC networks at the heart of the project.