TU9 Alumni Get Together in Seoul 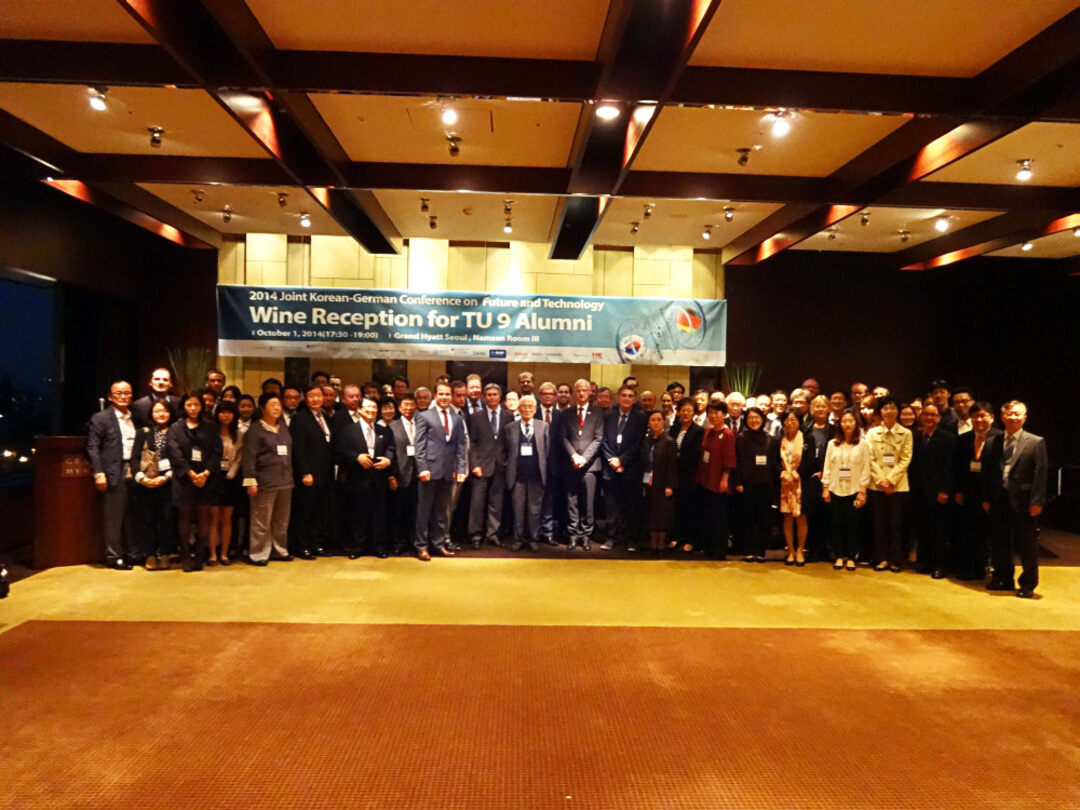 "There are currently about 500 university partnerships in engineering and 300 in the natural sciences between Germany and Korea. Our goal is to double these numbers in the future," states German Ambassador, Rolf Mafael, at the alumni get together of Germany's leading technical universities, TU9, which took place at the beginning of October the evening before the Joint Korean-German Conference on Future and Technology in Seoul.

It is a particular concern of Mafael's, to raise awareness in Korea about Germany as an outstanding location for academics and research in engineering and the natural sciences. The conference was a flagship project for him, from which he hoped new stimuli would originate. As important intermediaries and multipliers, the ambassador is counting on the support of the ADeKo alumni association of Korean alumni of Germany, particularly the alumni of the TU9 universities.

Over 100 alumni from the Universities of Darmstadt, Dresden, Stuttgart, Berlin, and Braunschweig, and of course RWTH Aachen attended the TU9 alumni get together. The importance of the ambassador's efforts were reflected by the attendance of the university presidents from Darmstadt, Dresden, Berlin, and Stuttgart, as well as the RWTH Rector's Delegate for Korea, Professor Manfred Martin.

In his welcoming speech Professor Martin also emphasized how important international collaboration is in the face of globalization and above all, meeting one another and building a network among each other. He reflected on the late Korean RWTH honorary senator's, Dr. Young-Sup Huh, involvement, from which the MOGAM and Research Fellowships scholarships at RWTH for student exchnage between RWTH and its Korean partner universities resulted.

Photo caption: Numerous Korean graduates of the TU9 universities, including RWTH, accepted German Ambassador Rolf Mafael's invitation to attend the alumni get together.