You Are Here: Alumni Get Together at the Elb Philharmonic Hall in Hamburg

Alumni Get Together at the Elb Philharmonic Hall in Hamburg 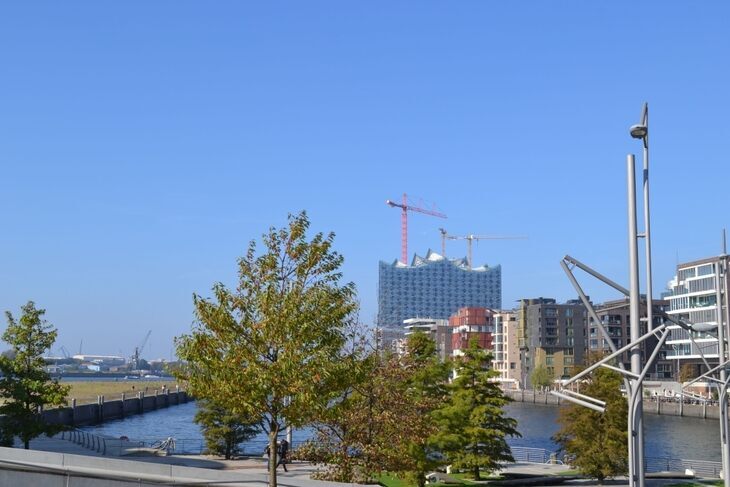 At the beginning of October almost forty RWTH alumni had the special opportunity to visit one of the most highly disputed construction projects in Germany – the Elb Philharmonic Hall, still under construction, in the Hamburg harbor.

Equipped with safety helmets and shoes, two groups visited the Elb Philharmonic Hall construction site under profession direction early on Saturday morning. Many of the participants from RWTH alumni's regional network came with reservations due to the numerous and critical news in the media and press. Upon closer look, however, they were able to determine that many steps had been made and that large portions of the project were finished, for example the connected hotel in the upper floors of Elb Philharmonic. Aside from the concert halls, there are multiple individually owned apartments and administrative offices. However, they are still under construction. Alumni were also able to look over the not yet finished artistic director's office, with its view of the Elbe. 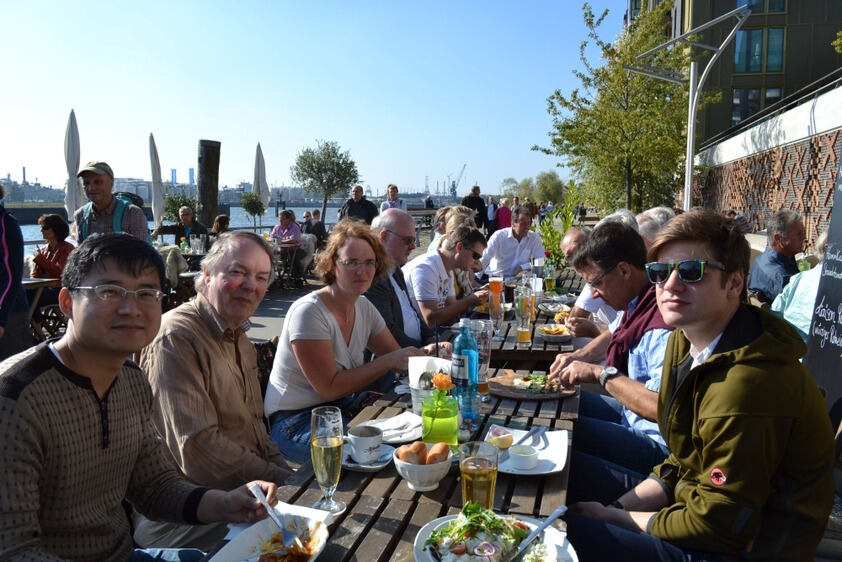 The overall response was positive at the end of the informative tour, which once again was made possible by alumni Dr. Winfried Sturm and Arno Rogalla. Thank you!

Photo caption: The group rounded out the beautiful autumn day with a cozy dinner at Restaurant Kaiser's in Hamburg's harbor city - with seats directly next to the Dalmannkai Promenade.