The DAAD Award from the German Academic Exchange Service, DAAD, for outstanding achievements and extraordinary volunteer involvement of international students has been awarded to Liudmyla Goncharenko from the Ukaine. Goncharenko, who is studying European Studies, was nominated by the association of Russian-speaking students in Aachen, VeRSA. 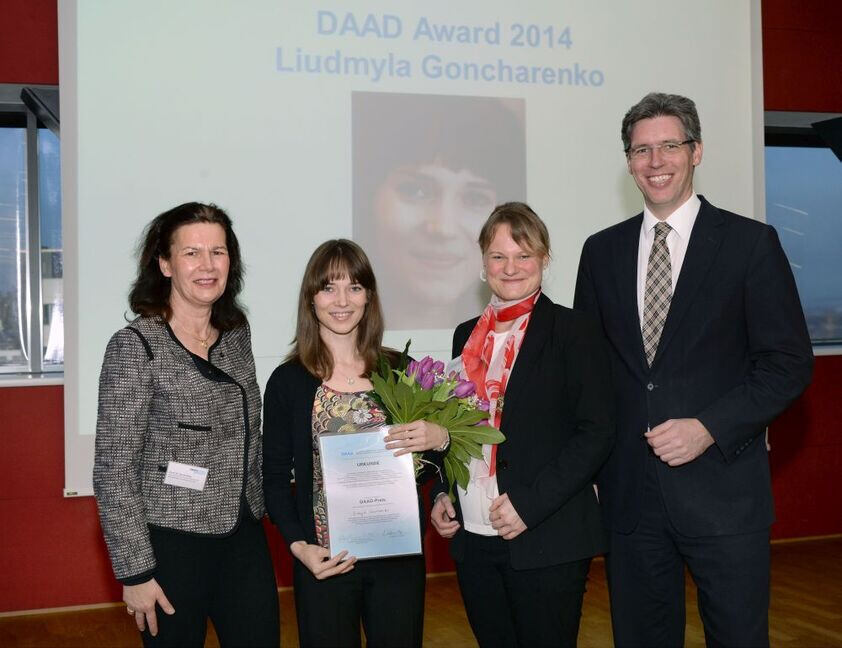 Furthermore, Goncharenko was involved with the General Students' Committee or ASta and in the student club INCAS, Intercultural Center of Aachen Students. In the club she was responsible for coordinating the international Tuesdays, which regularly took place. She was also part of the RWTH International Office’s BeBuddy mentoring program, supporting international students with their first few weeks in Aachen.

The DAAD Award is endowed with 1,000 Euros. She was presented with the certificate by the Head of the International Office, Dr. Henriette Finsterbusch, during a new year’s reception for international scientists, hosted by the RWTH International office. Vice-rector, Doris Klee, and the mayor of Aachen, Marcel Philipps, welcomed the 120 guests. The event was rounded out with musical accompaniment by the Cameroonian choir Les Voix de l’Harmonie.