RWTH physicist Michael Krämer is speaker of a research group with involvement from multiple universities and CERN. 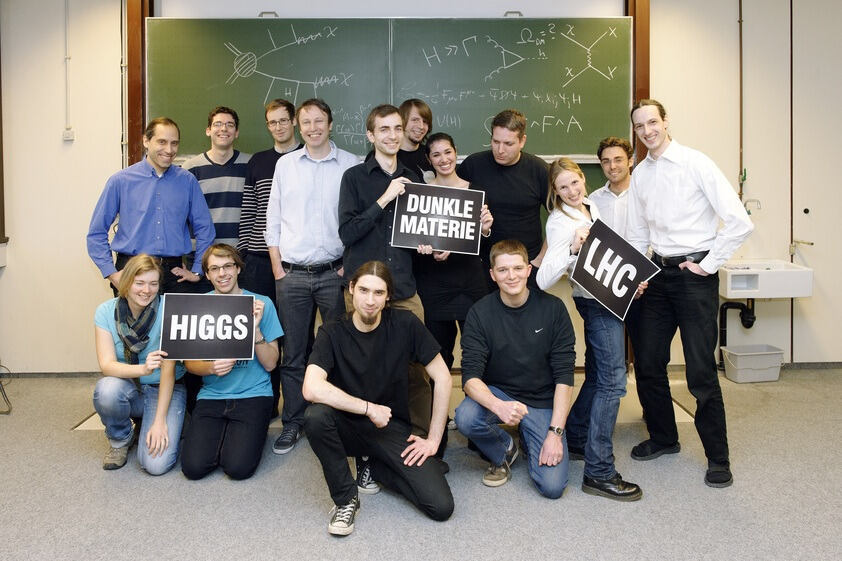 The stars and galaxies shine in the cosmos - but astro- and particle physicists are primarily interested in dark matter and dark energy in space. For many years scientists at RWTH Aachen have also been researching different model concepts to contribute to the understanding of dark matter. Their expertise is now contributing to the new DFG-funded research team "New Physics at the Large Hadron Collider," LHC for short, whose speaker, professor Dr. Michael Krämer, is from the RWTH Institute of Theoretical Particle Physics and Cosmology. The research team will be funded with one million Euros for the next three years. In addition to RWTH Aachen, the Universities of Bonn, Mainz, and Heidelberg are involved.

Only Four Percent of the Universe Is Composed of Normal Matter

"Based on astrophysical observations and cosmological simulations we can concur that only about four percent of the universe is made up of normal matter," explains RWTH physicist Krämer. About 75 percent of the cosmos is composed of dark energy and about 22 percent of dark matter. Because of its interaction with gravity, dark matter is responsible for the visible structures of the universe. However, it, itself, does not emit any light and thus, cannot be directly observed.

"Dark matter is probably composed of new, still unknown particles, which cannot be described by current popular theory," says Krämer. With the help of the LHC particle collider, such particles may be created and documented at CERN, the European Organization for Nuclear Research in Geneva. The DFG research team, which closely collaborates with CERN, wants to test the model concepts of dark matter using the data collected in Geneva.