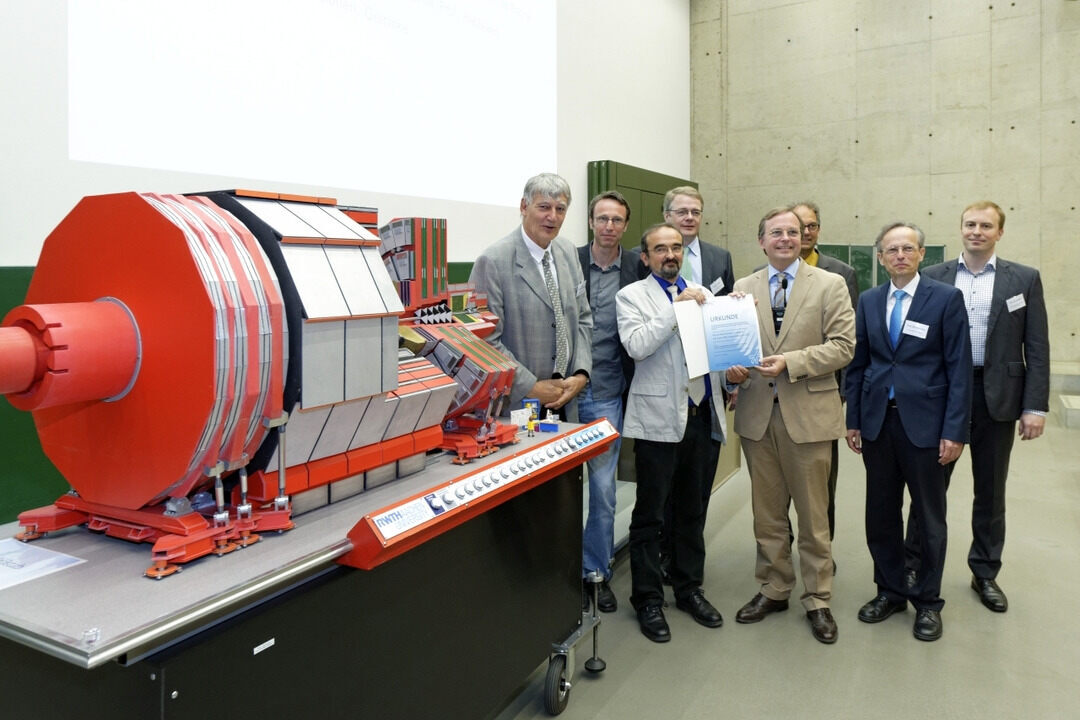 © Peter Winandy Parliamentary Secretary of State Thomas Rachel presents the grant certificate, worth 9.5 million Euros, to representatives from RWTH Aachen. The grant is to fund RWTH’s participation in the further development of the Large Hadron Collider at CERN.