The Chair of English Linguistics has organized the 42nd International Systemic Functional Congress, titled “Crossing Boundaries”. Around 250 attendees from 37 countries participate in the international conference hosted by the Faculty of Arts and Humanities. 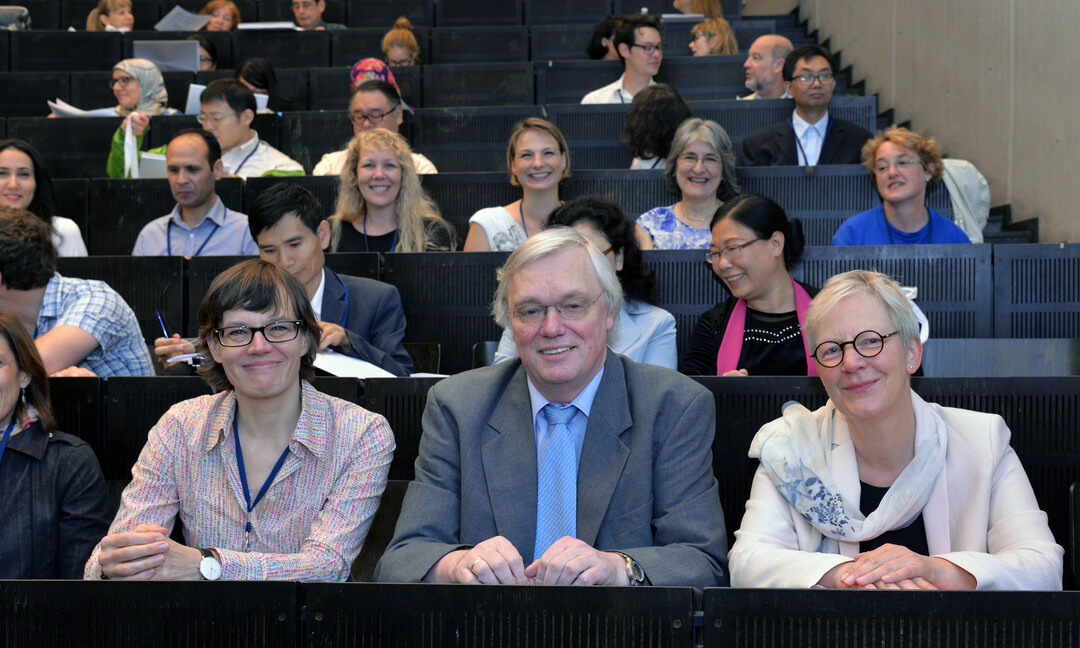 To question borderlines, to be challenged by boundaries, to analyze the fringes – these topics fit well with the location of Aachen in the multi-language three-county region between Belgium, Germany, and the Netherlands.

The 42nd International Systemic Functional Congress, ISFC for short, takes place in Aachen – and thus for the first time in Germany –, between July 27 and 31.

Entitled “Challenging Boundaries”, the congress is concerned with actual language use. In its five plenary lectures and 186 individual contributions by international high-profile researchers, the conference focuses on systemic-functional questions. As linguistics professor Stella Neumann explains, “It is highly fascinating to investigate language from a systemic-functional perspective, as it helps us to get a comprehensive and holistic picture of how language-based communication really works.”

The ISFC – which took place in Guangzhou/China in 2013 and in Mendoza/Argentina in 2014 – was officially opened on July 27 by RWTH’s Vice-Rector for Teaching, Professor Aloys Krieg, and the Dean of the Faculty of Arts and Humanities, Professor Christine Roll.

The conference papers are concerned with the boundaries between different languages and social and regional dialects, literary and non-literary language, different methodological approaches, and social-semiotic and cognitive perspectives. Also discussed are the boundaries to neighbouring frameworks such as Functional Discourse Grammar, constructionist approaches, Critical Discourse Analysis, etc., exploring interconnections with SFL.

The conference receives funding from the German Research Foundation (DFG) and the proRWTH Association of Friends and Supporters of RWTH Aachen University.

The Chair of English Linguistics

The Chair of English Linguistics at RWTH Aachen has a focus on translation studies, the relationship between linguistic variation and extra-linguistic context, and second language acquisition. The Chair is well-known for its use of computer-oriented corpus-based approaches as well as experimental methods.

Over the past five years, the Chair has grown rapidly, acquiring external funding of 750,000 Euros together with its partners in computer science and mechanical engineering. The Chair, which is internationally well-connected, is actively involved in the University’s HumTec project house.