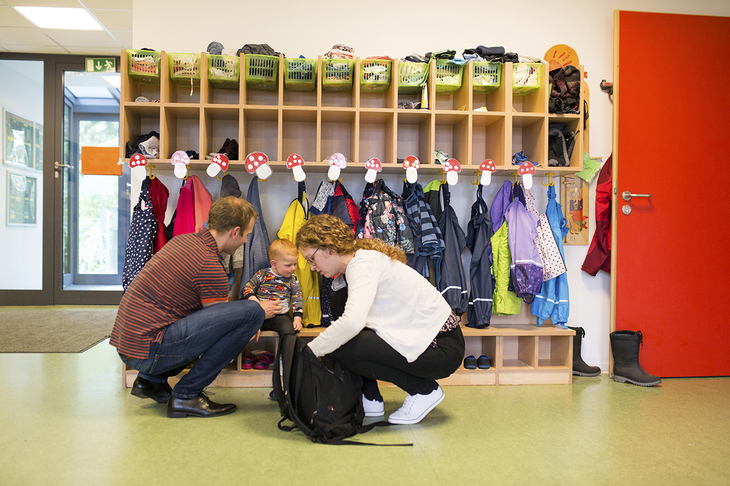 Most women work full-time before having children. However, once couples start a family, a more traditional division in employment is a frequent occurrence. As a result, many women put their own personal and professional goals behind their partner’s, take on most of the housework and family tasks and either go to work part-time or stay at home.

However, this division often does not match women’s ideals – and increasingly also not those of men. Many couples would like to divide family and work life equally, while women would also like to achieve their professional goals more effectively.

The Equal Career Paths project takes up this issue and shows new ways of sharing work as a couple, moving away from the traditional breadwinner or supplementary income models.

Students, doctoral candidates, and post-docs are given the opportunity to address this issue, plan their careers, pursue their own ideas and goals, and express these in workshops and coaching sessions.

Employees and managers at the university are also informed of alternative forms of work as well as working time models that enable equal career paths.

This project is a continuation of the Equal Career Paths project, which was part of the German Women Professors' Program II. You can read the final report on this project in German here.