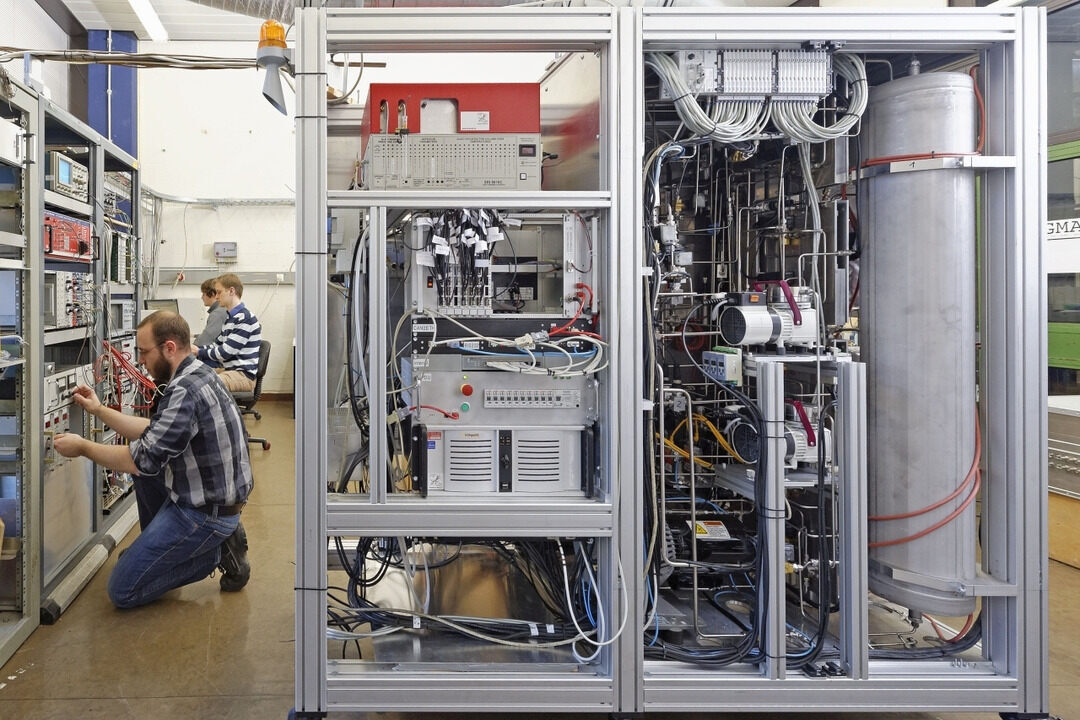 At the heart of the detector, three so-called  time projection chambers provide complete track information on charged particles which travel through a gas volume contained in the chambers. RWTH researcher Dr. Stefan Roth and his team have developed a comprehensive system for monitoring and continous calibration of the chambers. Several units of the system are installed in Japan. They are operated from Aachen, where the data are analyzed and transferred back to a database in Japan. With the help of the system, the detector resolution can be optimized.