You Are Here: Professor Manfred Weck Inducted into the Hall of Fame

Professor Manfred Weck Inducted into the Hall of Fame 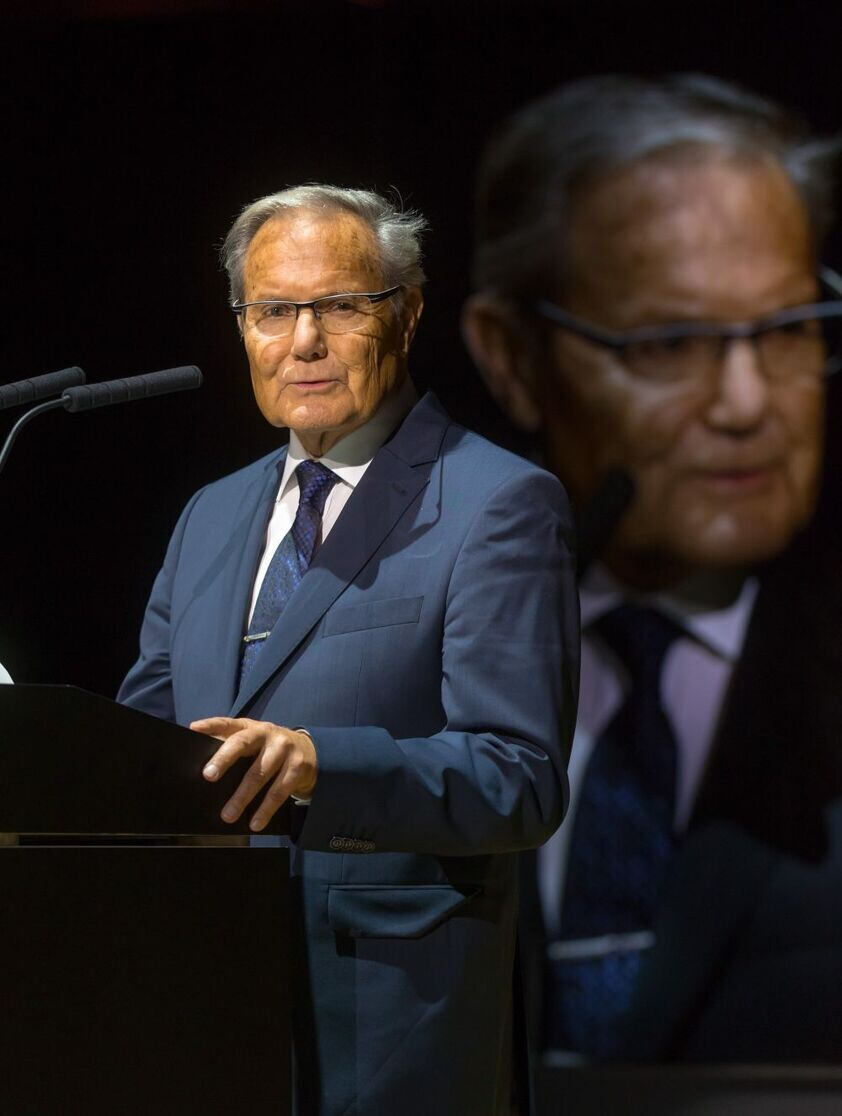 Since 2009, this hall of fame has distinguished scientists, whose work has been an oustanding contribution to the further development of science and has made Germany a sustainable place for business in the international competiton.

Manfred Weck was head of the Chair of Machine Tools from 1973 to 2004 and was director of the RWTH Laboratory for Machine Tools WZL. Starting in 1980, he was also a member of the board of directors at the Fraunhofer Institute of Production Technology IPT in Aachen. He significantly advanced lightweight construction and ultra-precision production there. In 1988, he founded the "Forschungsgemeinschaft Ultrapräzisionstechnik," a research association for ultra-precision technology, which he chaired till his retirement.

During his time at the WZL he worked in every field and aspect of machine tools. What particularly appealed to him was considering different physical fields such as mechanics, statics, dynamics, and acoustics, and machine elements, and working in control engineering, automation, and system chains. His research interest was in the comprehensive further development of machine tools. This work contributed to the ability of the metal processing industry and German mechanical engineering to continuously increase their productivity. For example, he created processes, with which the static, dynamic, and thermal behavior of machine tools can be simulated, visualized, and optimized.

As a scientist, the 78-year-old experienced the technological transition from relay control to discrete and integrated semiconducter control to computer control. Manfred Weck significantly contributed to the development of simulation software for machines and to the creation of flexible production systems. He was the doctoral supervisor of 238 doctoral candidates at the Laboratory for Machine Tools WZL and at Fraunhofer IPT. He is particularly proud of this number, saying, "There is no better way to transfer knowledge into industry than through the minds of those who are capable. A type of human capital."

The Hall of Fame of German Research is an initiative of Manager Magazin. So far it honors 18 scientists, who worked on either theoretical foundations or practical research questions.