This year, the "DAAD Award for Outstanding Achievements and Extraordinary Volunteer Involvement of International Students" was awarded to Antons Martincuks. 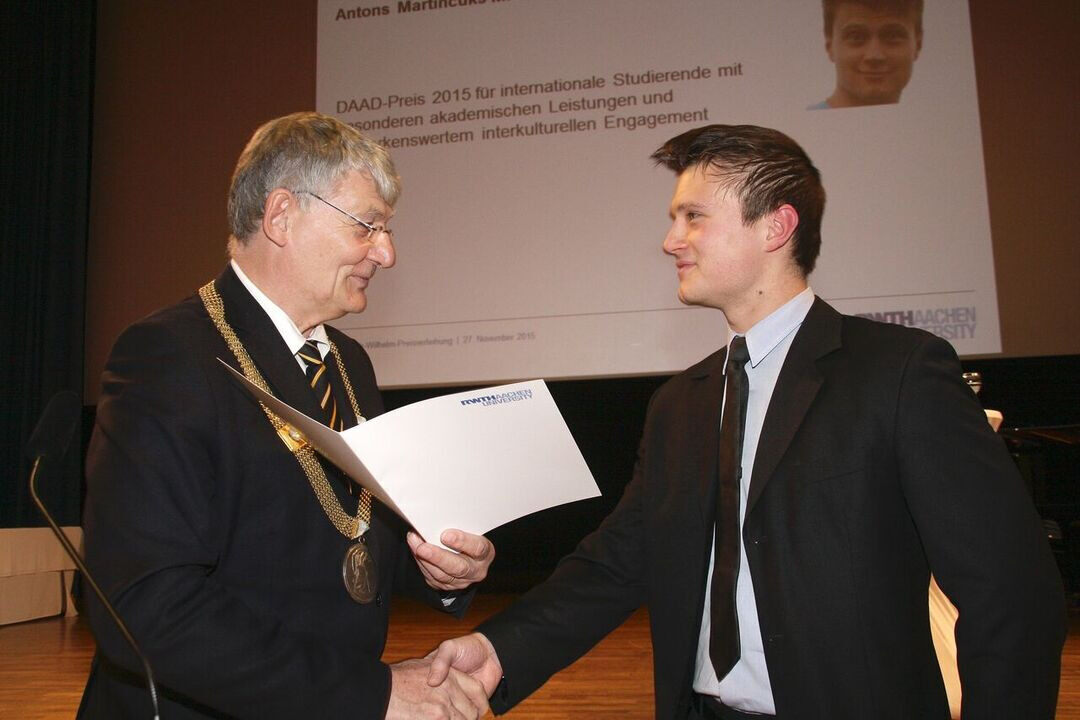 Antons Martincuks, who was born in Latvia, is a doctoral candidate at the Institute of Biochemistry and Molecular Biology at RWTH Aachen. The award, which is funded by the German Academic Exchange Service DAAD, is worth 1,000 Euros.

Mr. Martincuks was nominated by VeRSA, the Association of Russian-Speaking Students in Aachen. The selection commission was not only impressed by his outstanding academic achievement, but also by his social and intercultural engagement.

In November 2012, Mr. Martincuks founded the VeRSA association, together with Russian-speaking students from different nations. In 2012 he became member of the board; in April 2014, he was appointed delegate for continuing education projects. In this role, he has organized numerous intercultural events and seminars. The offerings seek to support international students at RWTH Aachen in getting their academic career at RWTH off to a smooth start.

Antons Martincuks was officially presented with the DAAD Award during the Friedrich Wilhelm Prize Celebration Event.