Dr.  Carola Silvia Neugebauer, junior professor for the Conservation of Cultural Heritage, and Dr. Martin Salinga, senior researcher at the Institute of Physics of New Materials, have been accepted to the Junges Kolleg of the North Rhine-Westphalian Academy of Sciences, Humanities and the Arts. Acceptance to the Academy is one of the most meaningful honors in North Rhein-Westphalia. 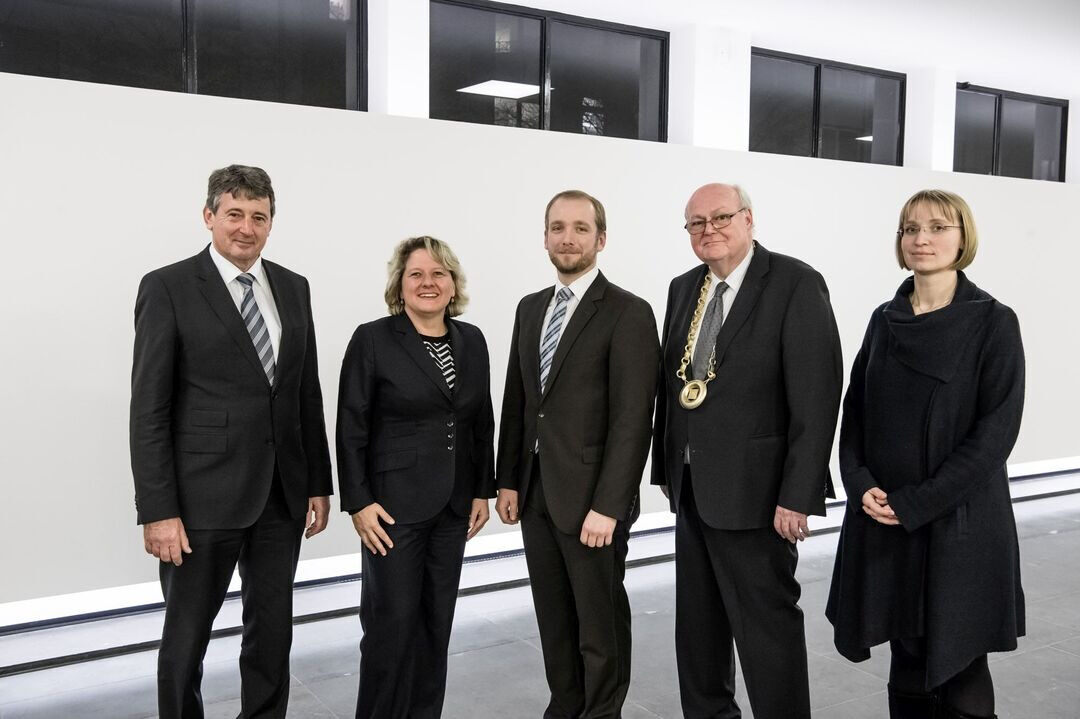 She obtained her doctoral degree in 2012 from the University of Dresden. In 2013, as a post-doc at IfL, she participated in the joint research project "Urban Reconfiguration in Post-Soviet Space.” Since 2014, she has been a junior professor at RWTH’s Faculty of Architecture.

In Europe, the critical reflection of cultural heritage and development of integrative, participative approaches for its conservation is largely conducted in the urban planning disciplines. Cultural heritage is not only considered worth of conservation, but is itself comprehended as a development resource. Dr. Neugebauer’s key research areas are the approaches and challenges of a sustainable, conservative urban development, with particular consideration for the UNESCO World Heritage Concept and the Eurasian space.

Martin Salinga, born in 1979, is a permanent academic staff member at the Institute of Physics of New Materials at RWTH Aachen University. After a total of two years abroad with research stays at Harvard University and the IBM Almaden Research Center in the Silicon Valley he returned to his alma mater, RWTH Aachen, at the end of 2006.

At RWTH he continued his studies on the switching behavior of phase change materials. After receiving his doctoral degree in physics he accepted a permanent position as leader of a research group in the summer of 2008.

Since July 2011 he has been a principal investigator in the Collaborative Research Center "Nanoswitches," and, as a manager of this consortium, he is also a member of the steering committee. Together with his team he investigates the dynamics of resistively switching materials and their application in novel electronics.