You Are Here: Google Awards Scholarships to RWTH Doctoral Candidates

Eugen Beck and Tamer Alkhouli belong to an exclusive group of 40 graduates from North America, Europe, and the Middle East, whose research will be supported by Google for three years. The American search engine company offers the Google PhD Fellowship to promote outstanding academic research in computer science. 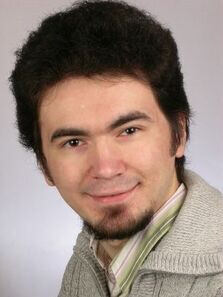 "It is remarkable that RWTH can boast two fellows. Only a handful of research institutions manage to achieve that," says Dr. Volker Steinbiss from the Chair of Computer Science 6. "Our expectations have been surpassed." The young scientists' research fields are in the area of machine learning and, in a broader sense, artificial intelligence. Eugen Beck is conducting research on automatic speech recognition; Tamer Alkhouli's focus is machine translation. In both cases the computer learns using sample training data such as voice recordings and translations. Artificial and neural networks are employed to this end.

Eugen Beck teaches the computer to transcribe speech into text. To do so, the 26-year-old uses artificial neural networks and trains them by using large amounts of examples of audio and text data. The objective is integrated modelling to the greatest extent possible. "The use of neural networks in speech recognition has become the dominant approach in the last decade," explains the computer scientist. The trend now is to model more and more components of speech recognition systems with artificial neuronal networks. These consist of multiple layers of neurons stacked on top of each other, which serve to abstract from the input audio signal to words and word fragments as the network depth increases. "I am trying to combine conventional neural networks with a network that has been trained solely with text files in order to improve the quality," says Beck. "That may sound simple but technically, it's a very difficult problem." Fields of application include voice control for smartphones or navigation systems, dictating reports, applications in call centers, and in smart homes in the future. 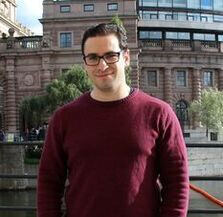 Tamer Alkhouli's research objective is to improve machine translation, such as what Google Translate offers online. The computer translates text from a source language into a target language. Alkhouli is using a method known as deep learning to improve the quality of translation. "The system learns to translate automatically and uses models that have structures inspired by the human brain," explains the 28-year-old. He is developing models that are able to capture the information available in translated texts. "We have integrated neural networks into the traditional machine translation system. In the medium term the goal is to replace the conventional methods and perform the entire translation using this type of artificial intelligence."

The Chair of Computer Science 6 at RWTH Aachen is under the direction of Professor Hermann Ney and specializes in speech recognition and machine translation. Several of the Chair's former doctoral candidates work at the research institutions of successful companies in this field, particularly Google, Ebay, Amazon, IBM, and Nuance. Nuance, Amazon, and Ebay all maintain research labs in Aachen.