Semiconductor-based spinelectronics has been discussed as a possible alternative to the currently used charge-based information technology since about 1990. The renowned journal Nature Physics has recently published research from RWTH Aachen University led by Professor M. Morgenstern, which was supported by calculations from Professor E. Y. Sherman at University of the Basques Country. A possible roadblock for the realization of efficient devices was identified.

In principle, utilizing the magnetic moment (spin) of an electron leads to a faster and more energy efficient processing of bits and bytes than within the actual Si-based processors. Moreover, using the electron spin could be the trigger to spatially integrate information processing and data storage, since the storage in magnetic hard disks is already based on the electron spin. However, so far, manipulation experiments of the spin revealed signals which are much too small for any practical application. 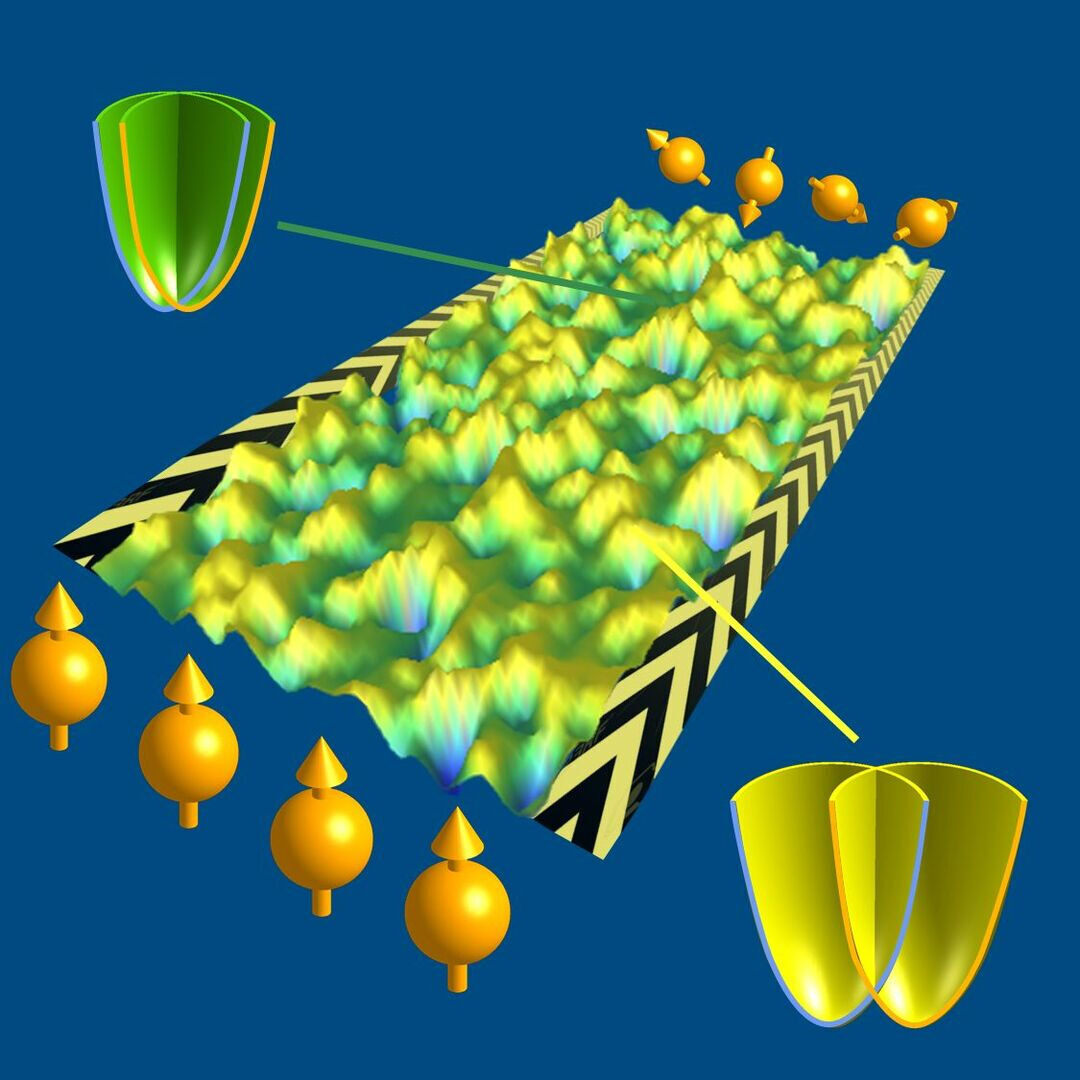 © II. Institute of Physics B

A possible reason for the unfavorable efficiency has now been identified by a research team from RWTH Aachen University led by Prof. M. Morgenstern, which was supported by calculations from Prof. E. Y. Sherman at the University of the Basques Country. The physicists used a scanning tunneling microscope which operates at -273° C to map the interaction of the electronic spin with its environment with nanometer precision. The maps, which have now been published within the renowned journal Nature Physics, reveal that the spin-orbit interaction, which is decisive for the manipulation of spins, spatially fluctuates, such that adjacent spins are prone to a different manipulation on the way through a device. The identified disorder effect can indeed explain the insufficient efficiency of spinelectronic devices so far.  The novel mapping method of the spin-orbit interaction is aimed to reduce the contributions from disorder within future devices.

The original article can be found on the website of Nature Physics.