RWTH Professor to Become Member of the North Rhine-Westphalian Academy of Sciences, Humanities and the Arts

Leif Kobbelt, chair of computer graphics and multimedia at RWTH Aachen, has been accepted to the Class of Engineering and Economics. 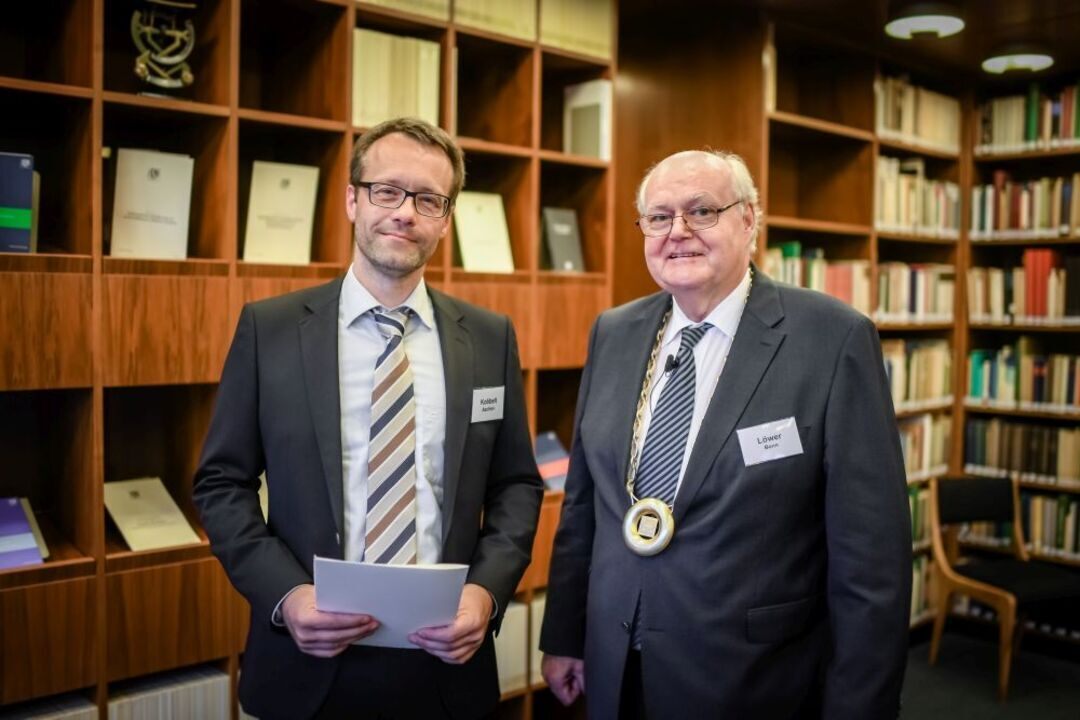 The North Rhine-Westphalian Academy of Sciences, Humanities, and the Arts has accepted eight new members, including RWTH professor Leif Kobbelt. The Academy's president, Wolfgang Löwer, presented Kobbelt with the acceptance certificate during the annual celebration. By accepting Kobbelt, the Academy honors his outstanding scientific work. Computer scientist Leif Kobbelt is well known both nationally and internationally in the field of computer graphics and has already been awarded with highly endowed awards, including the ERC Advanced Grant fom the European Research Council and the Leibniz Prize.

Kobbelt's focus is on 3D applications, interactive visualization, and mobile multimedia applications. Together with his working group the scientist developed algorithms that can be used to mathematically analyze 3D data. This creates a foundation for the creation and manipulation of complex three-dimensional models or animations. The results from the Chair of Computer Graphic and Multimedia can be used in industry, in planning processes, and in the entertainment and game sector.

Kobbelt is Chair of Computer Science 8, Computer Graphics and Multimedia, at RWTH Aachen. After his studies and doctoral studies in computer science at Karlsruhe Institute of Technology, he had academic stations at the University of Wisconsin in Madison, USA, the University of Erlangen-Nuremberg, and the Max Planck Institute for Informatics in Saarbrücken before coming to RWTH in 2001. Professor Kobbelt has published more than 200 scientific articles in top international journals and at conferences.

The North Rhine-Westphalian Academy of Science, Humanities, and the Arts is a organization of leading researchers in the state and the home of 14 scientific research projects. It was founded in 1970 as the successor institution to the work-collective for research of NRW, that is the Arbeitsemeinschaft für Forschung des Landes Nordrhein-Westfalen. The Academy is organized in three scientific and scholarly classes for humanities, natural sciences, medicine, and engineering and economics, and one class of the arts.