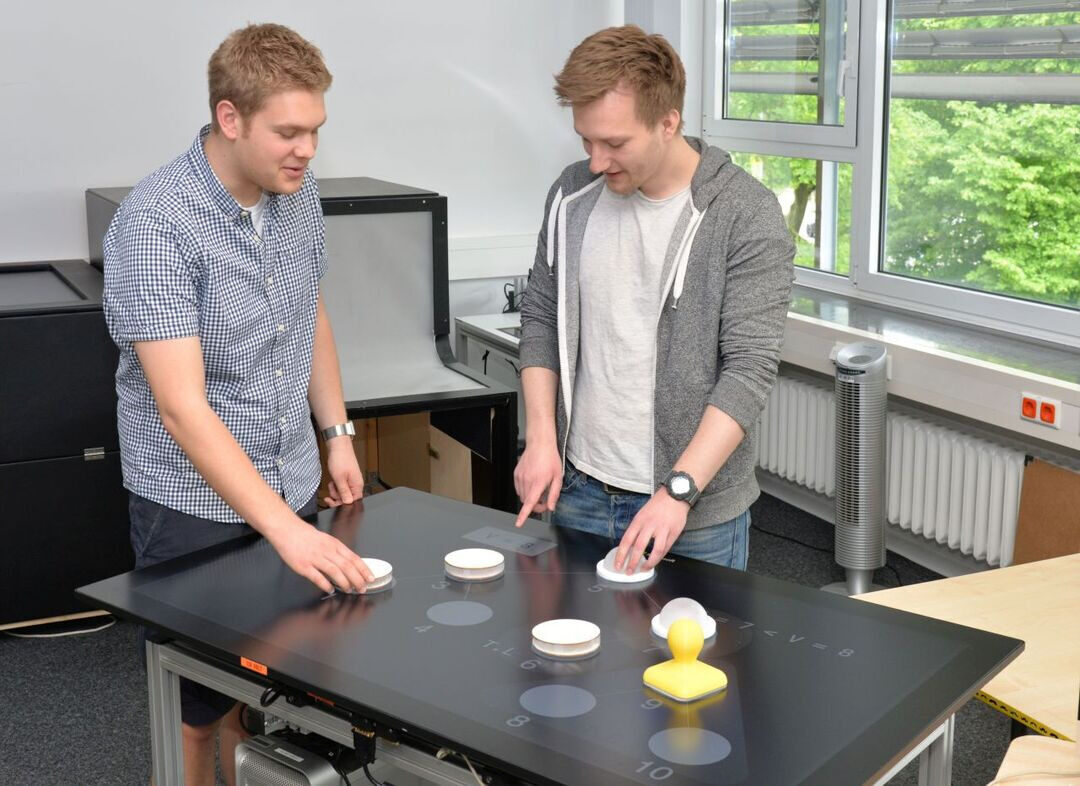 © Andreas Schmitter HCIC student assistants Marco Grochowski and Sebastian Huebner demonstrating the use of “tangibles” on a touch-screen display.