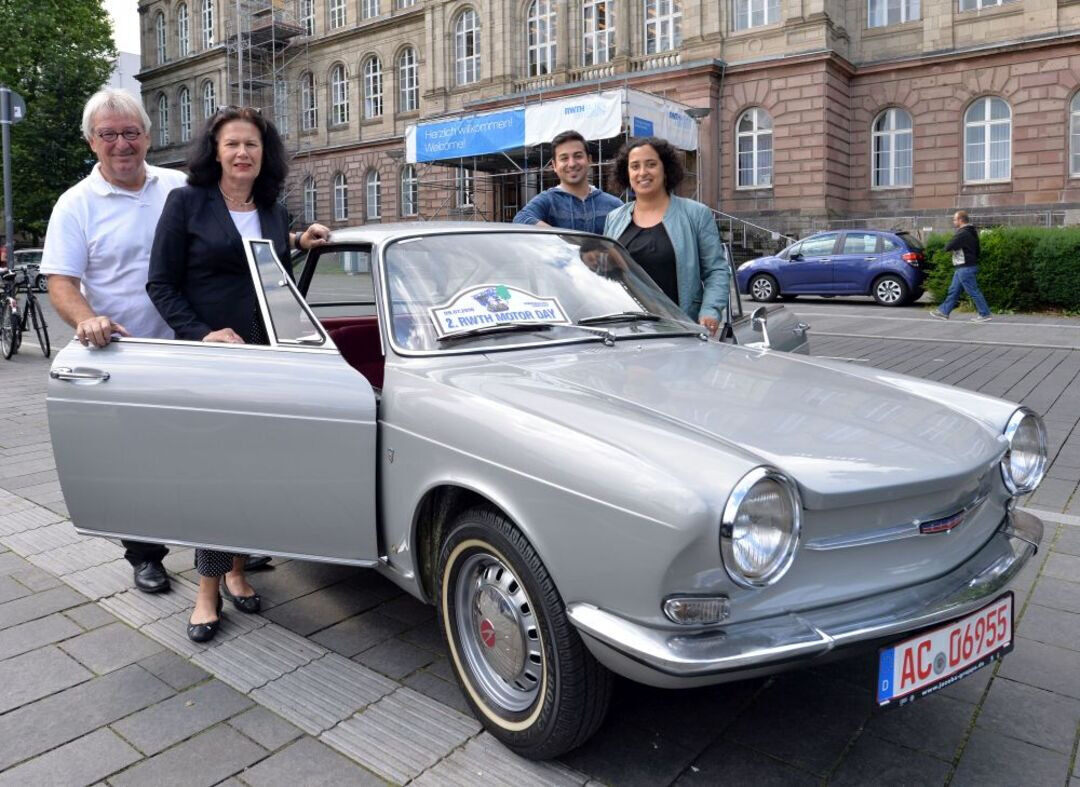 "93 teams have registered, including many from Aachen. But we also have registrations from southern Germany, the Netherlands, and Belgium," said Motor Day co-founder and RWTH vice-rector for human resources development and management Doris Klee. "We are particularly happy that there are 20 student teams along with RWTH alumni." Students received a discounted registration fee, added co-founder Hans Keller, former chair of the RWTH staff council and active rally driver.

Vehicles in four different classes are permitted at the classic car rally, regardless of their year of manufacture. The oldest car is a Citroën 8A from 1932 and youngest a Mini Cooper from 1998. The rally begins at 11am in front of the RWTH Main Building with a lunch break at 1pm on the Katschhof. The rally continues from there at 1:45pm till all drivers return around 3:50pm to the Main Building.

Over the course of the 120-kilometer long rally around Aachen participants much orient themselves using traditional Chinese symbols. There will be a few map and target time problems as well, including a slalom. The award ceremony is at 6pm in the Couvenhalle, where not only the first three runners up for the four classes along with the overall champion will be announced but also honorary awards.