You Are Here: RWTH Professors Appointed Directors of Fraunhofer Institute

At the beginning of August 2016, Dr.-Ing. Peter Knott and Professor Dirk Heberling assumed the direction of the Fraunhofer Institute for High Frequency Physics and Radar Techniques FHR in Wachtberg. Together, they are taking over for Prof. Joachim Ender, who is retiring after successfully leading the institute since 2003. 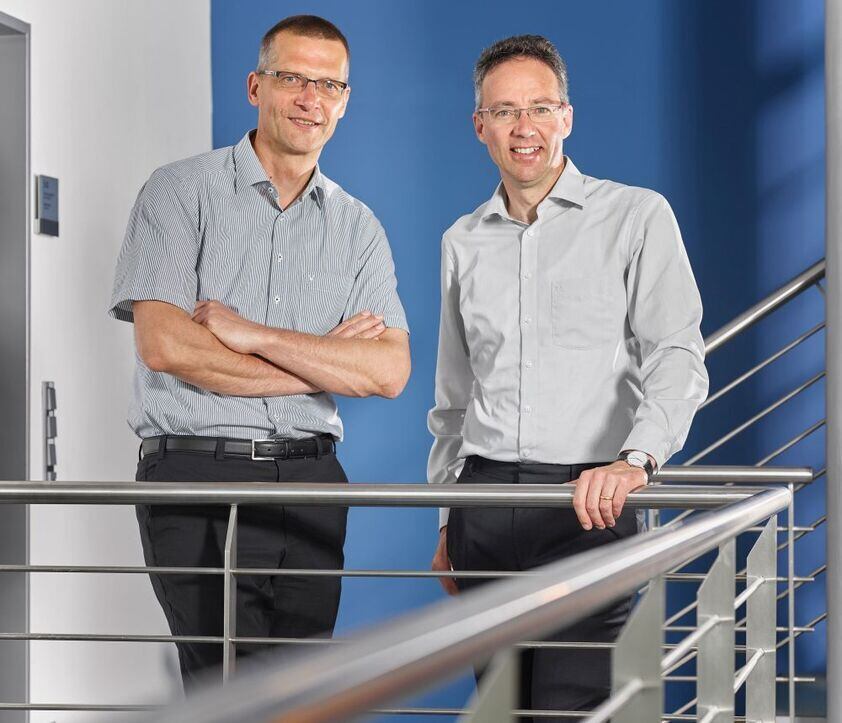 Professor Heberling has been a member of the Fraunhofer FHR advisory board since 2009. In 2008, he was appointed chair at the Institute for High Frequency Technology at RWTH Aachen and was later named director of the epononymous institute. His research examined antenna technologies for a wide range of applications. In his new role at FHR he can intensify collaboration between the University's institute and non-university research institution. "We see great demand for growth in radar systems, such as for industry 4.0 applications and automated driving," emphasied Heberling. "Having a Fraunhofer FHR location on the RWTH Aachen campus guarantees a close look to these technologies in the future."

Dr. Knott, who joined Fraunhofer FHR in 1994, has taught the lecture Antenna Engineering at RWTH since 2009 and is in close contact with the Aachen institute as an alumnus.

Fraunhofer FHR conducts application-oriented research in the field of electromagnetic sensors, particularly radar. The institute's internationally recognized and valued competence covers nearly all areas of modern radar technology. With a budget of about 30.9 million Euros in 2015 and around 300 employees, it is one of the largest radar research institutes in Europe.