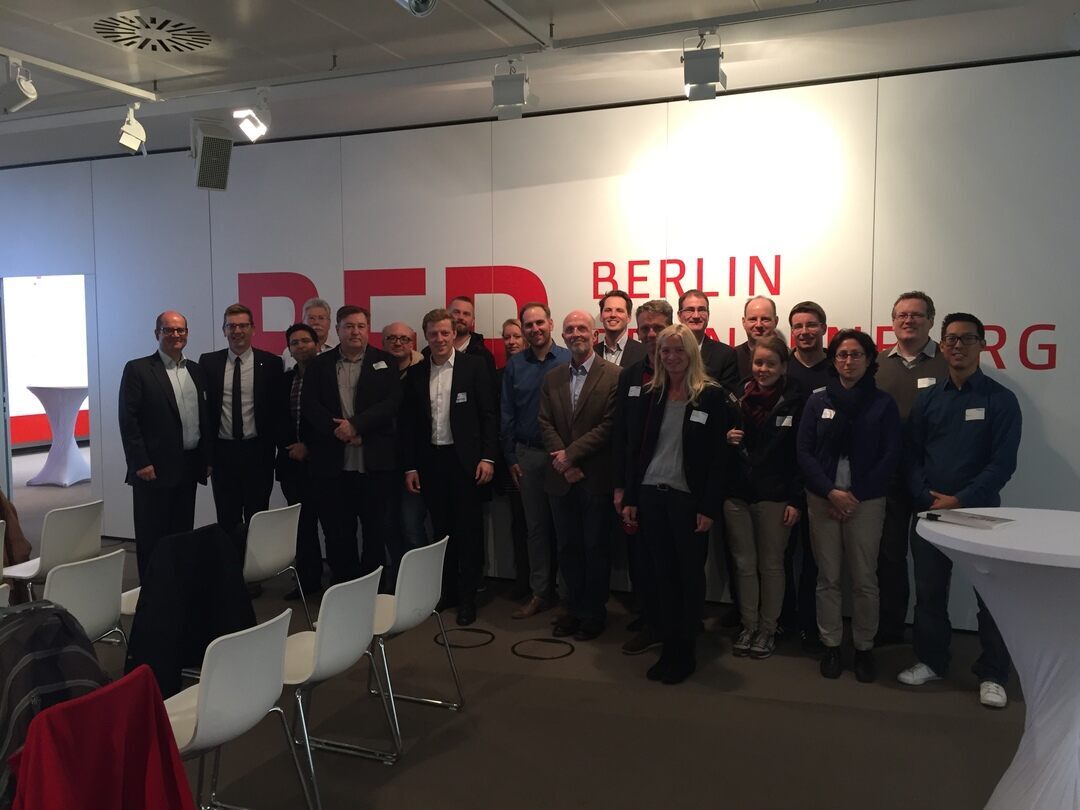 RWTH alumni at the BER –Berlin airport– visitor's centre, where they were allowed a glimpse behind the curtain with regard to the history and development of the overall project from 1996 until today. 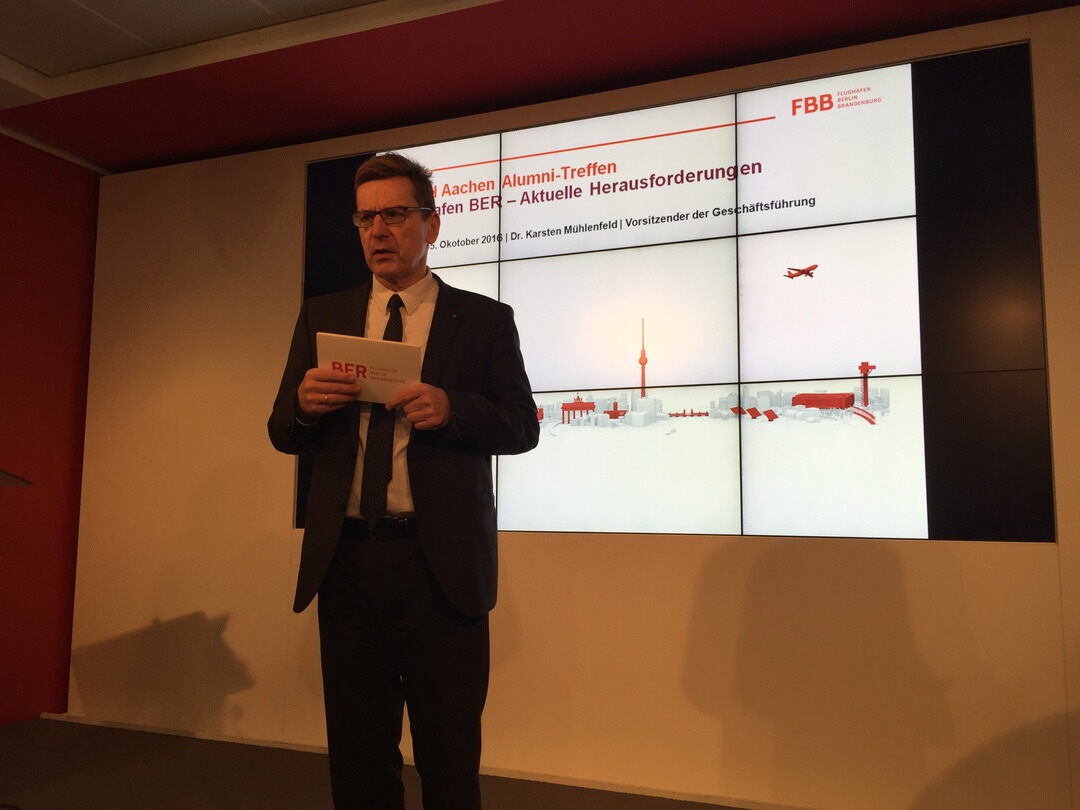 © Lutz Weisser Lecture by Dr. Karsten Mühlenfeld, chairman of the board of Berliner Flughafen Gesellschaft

On October 5, 2016, 25 RWTH alumni were welcomed by Dr. Karsten Mühlenfeld, Berlin airport company's chairman of the board, at the already completed visitor's centre of the new airport, known as BER. He outlined the history of the overall project from 1996 onwards, of course also giving an overview over the current stage of progress of construction. In his very honest presentation he also mentioned the fact that transport development, the most important planning parameter in Berlin, had exceeded all forecasts by 86 percent. According to Mühlenfeld, this had led to massive changes during the planning and construction phases, which still negatively affect the project to this day. But now, he said, all essential permits have been granted and the focus can be turned to the final stages of completion. Mühlenfeld pointed out that in Germany large-scale projects, such as BER, are extremely hard to realise, not only due to the complexity of the endeavor, the ever changing demands of the market while the project is being worked on, but also due to the complex task of coordinating the different approval agencies.

After the presentation, the alumni were able to see the progress of the construction work with their own eyes, as they were given a tour through the passenger terminal.They were impressed by the architectural design, which features not only upscale wooden surfaces but also a functionality that is geared towards all eventualities. The alumni were able to follow a passenger's typical path from check-in, through security and the succeeding market place all the way to the gate. The event of an arrival at BER from gate to baggage claim was experienced as well.

Afterwards, the alumni took the opportunity to network amongst themselves during a visit to the restaurant.

We thank Dr. Lutz Weisser, who had the idea for this special event and planned and organized it. Warm thanks also to Dr. Karsten Mühlenfeld, from BER for his fascinating presentation.