Members of RWTH's Collegium Musicum performed at the 2016 International Student Day in the capital city of the Czech Republic. Together with musicians from the Academic Orchestra of Czech Technical University, CTU for short, they performed a concert at Bethlehem Chapel. 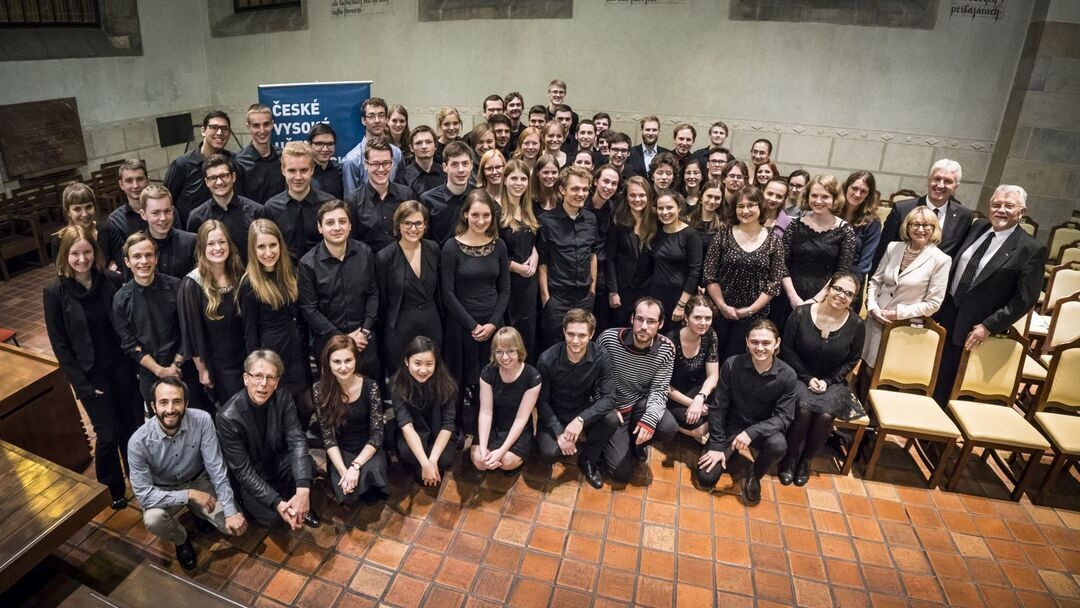 © RWTH Aachen Musicians from the Aachen and Prague universities held a joint concert at Bethlem Chapel in Prague.

Earlier this year, the exchange program between Prague and Aachen was awarded with the Charles IV Culture Award by the Aachen-Prague Cultural Association, which recognizes individuals and initiatives with a strong commitment to the partnership between the cities.

After performing at the award ceremony, CTU Rector Petr Konvalinka had invited the Collegium Musicum to hold a joint performance with the Czech university’s Academic Orchestra in Prague. As conductor Ernst von Marschall said, „it was fantastic, one of the real highlights of my work with the Collegium Musicum.” Now the musical ensembles are planning to hold a joint concert in Aachen in 2017.

Professor Vladimir Blazek and his wife, Vera, contributed to organizing the journey of the ensemble. The RWTH researcher, who works at the Chair of Medical Information Technology, has been the Rector’s delegate for the RWTH-CTU exchange program for several years.

The repertoire of the orchestra includes works from the Baroque era through the Modern era, but also religious cantatas and great masses such as Verdi’s Requiem. The orchestra performs several concerts a year at RWTH Aachen, and also contributes to the “Music & Motion” series of the RWTHextern citizens’ forum.