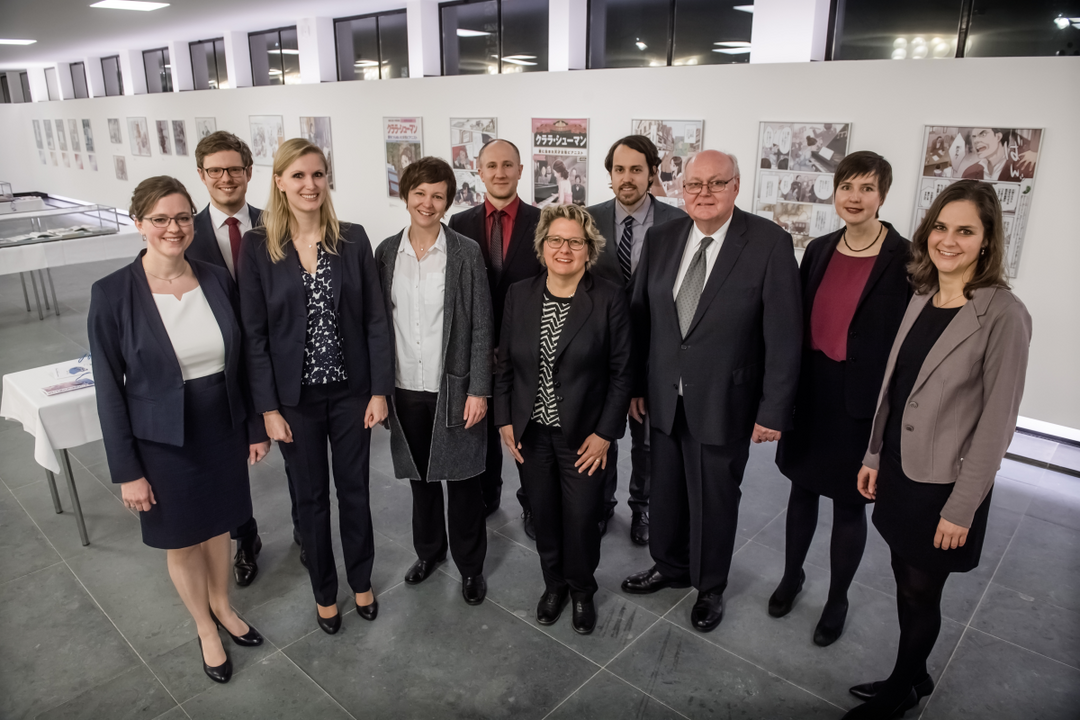 © AWK NRW RWTH researcher Julia Kowalski (fourth from left) was accepted into the “Junges Kolleg.” Science Minister Schulze congratulated her and the other new members of the Kolleg.