Five RWTH Aachen students have won the German finale of the CFA Institute Research Challenge. They impressed the jury with their financial analysis and corporate assessment of ProSiebenSat1 Media SE. In the national finals, Tanja Küpper, Anna Lenzen, Lina Wurdack, Ronis Issa and Xiang Li of RWTH Aachen competed against the teams of renowned TU München and Frankfurt School of Finance. 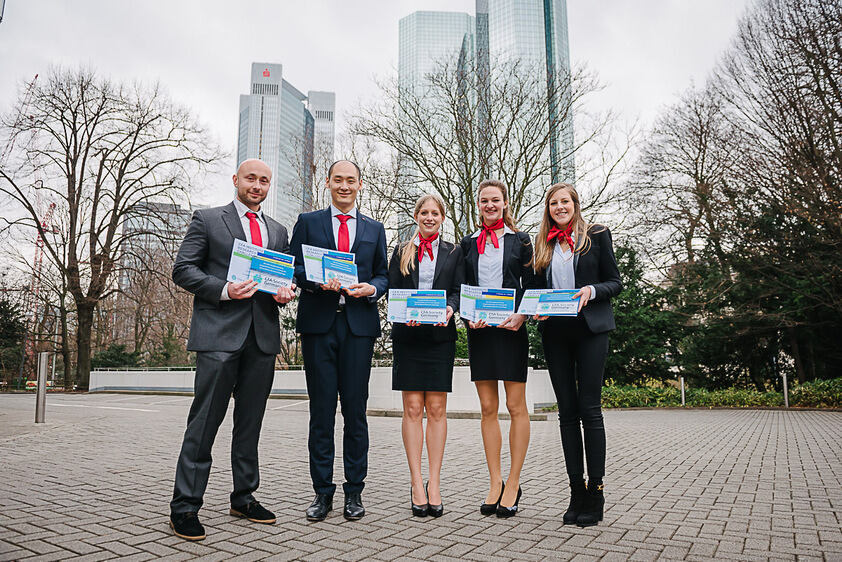 Having successfully made it into the finals, the three groups were able to present their findings to a jury of investment experts. The next generation analysists were mentored by Viktor Strauch, CFA Charterholder in Germany, and Dr. Astrid Salzmann from the Chair of Business Administration and Finance in the School of Business and Economics at RWTH Aachen University. The winning team can now look forward to the European finals and - should they be successful there - to the global finals in Prague at the end of April. "The competition was tough already in the German preliminaries," Xiang Li offers. His fellow team member Tanja Küpper adds: "In Prague, the pressure will be even higher, because rather than having several months to accomplish the task, we'll only have a few hours. It will be a practical exercise second to none!"

The CFA Institue is a global, non-profit association for investment managers, financial analysists and professional investors. The Research Challege is a global competition that takes place annually. In it students take on the role of research analysts and prepare an equity report on a publicly traded company. To date, over 15,000 students from over 1,000 universities around the world have demonstrated their skills in the competition.