RWTH Awards the IntSpire Prize for the First Time 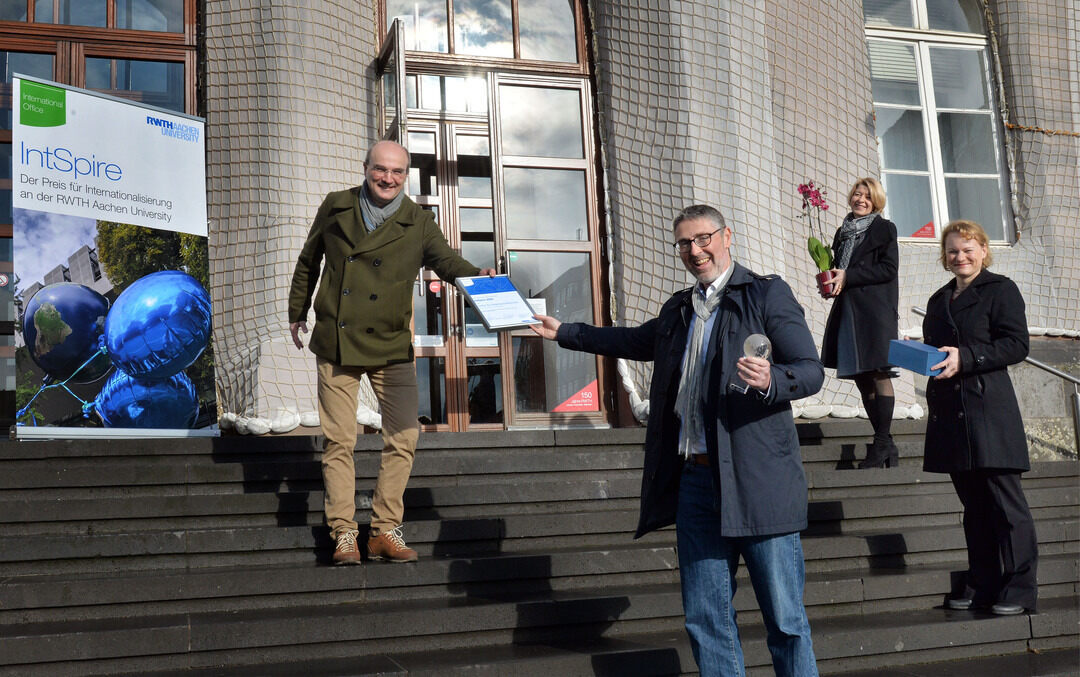 RWTH Aachen University recently awarded the IntSpire Prize for the first time. In the future, this award will be presented on an annual basis to employees, students, chairs, institutes, or institutions of the university that have especially fostered an international culture at RWTH. More than 12,000 students and 900 employees with an international background study and work at RWTH, so embracing internationality is a fundamental feature of the University.

The Institute of General Mechanics, headed by Professor Bernd Markert, won the prize out of a total 31 nominations. The welcoming culture, the international working environment, and intercultural exchanges in projects were all factors that convinced the jury to award the Institute with the Intspire Prize. For example, their partnership with Mexican university Tecnológico de Monterrey enables students to spend time in the country. Markert accepted the Intspire Prize on behalf of his team.