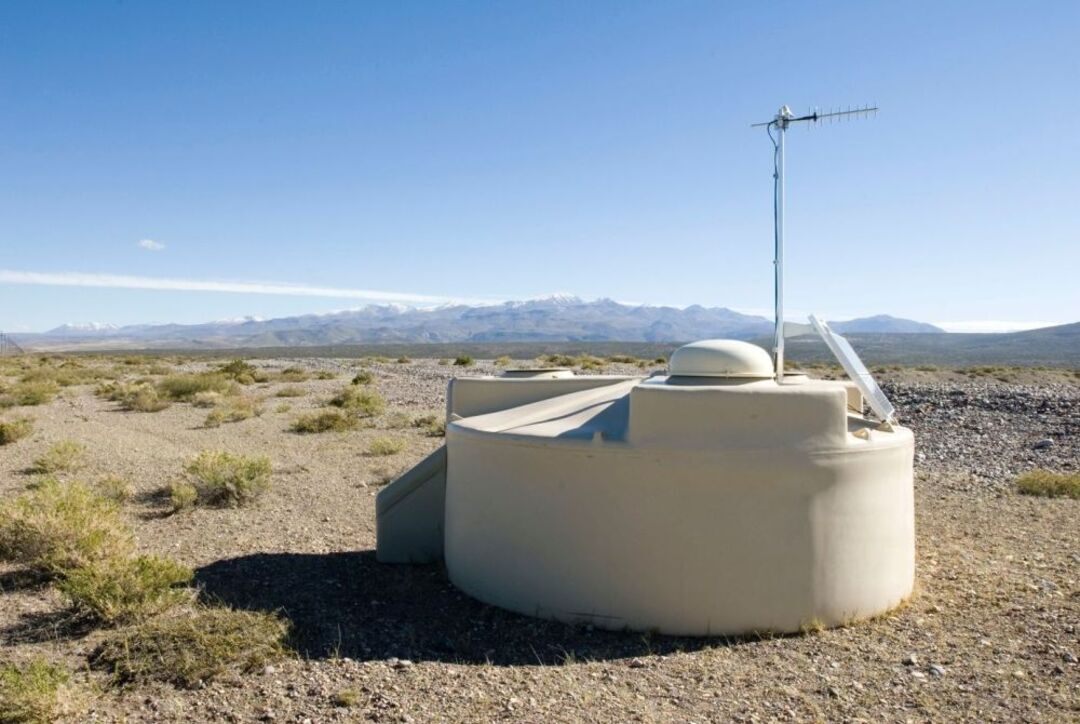 The detectors are spread over 3000 square kilometers of Western Argentina. The times of arrival of the particles at the detectors, measured with GPS receivers, are used to find the arrival directions of events. By studying the distribution of the arrival directions of more than 30,000 cosmic particles the Auger Collaboration has discovered an anisotropy  in a direction where the distribution of galaxies is relatively high.