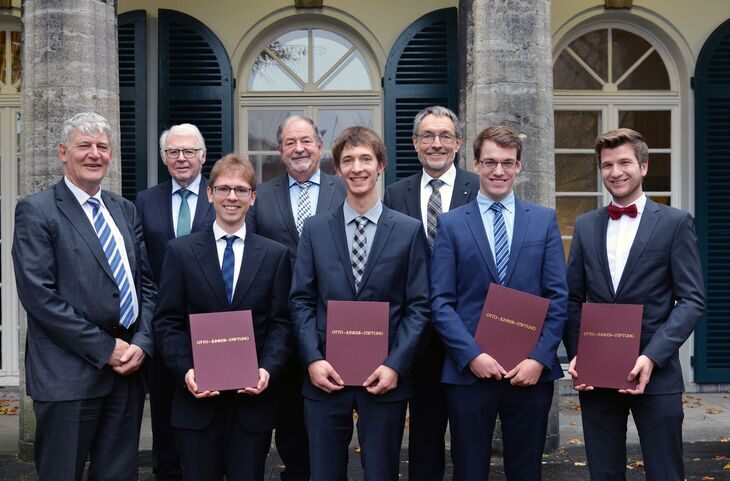 Tim Haas studied materials engineering with specialization in metallurgical process technology at RWTH Aachen University. The 27-year-old early-career researcher already received several awards and recognitions, including the ProcessNet Prize of the High Temperature Technology Group and a study abroad scholarship from the German Academic Scholarship Foundation. Since May 2016, he has been a research assistant at the RWTH Department for Industrial Furnaces and Heat Engineering. He is currently completing a doctorate on multiphase flows in metallurgical facilities.

Michael Laumen studied electrical engineering, information technology and computer engineering with specialization in energy engineering at RWTH. Since April 2016, he has been a research assistant at the Institute for Power Electronics and Electrical Drives. Since 2017, the co-founder of the start-up company Velocity has also been managing director of Circle Mobility UG, an society supporting forward-looking mobility projects.

Sebastian Nagel, who has completed Master’s degrees in electrical engineering and in business administration, both from RWTH Aachen University, is currently a research assistant at the RWTH Institute of Communication Systems. He has received several awards, including the Friedrich Wilhelm Award from RWTH Aachen University and the Graduate Award from SEW EURODRIVE for his Master’s thesis in business administration.

Maximilian Schleupen has studied materials engineering at RWTH Aachen University. His final thesis, titled “Investigation on Crystal Plasticity Using Spectral Methods,” was co-supervised by Imperial College, London. Schleupen has received awards and scholarships from VDEh Association of German Steel Manufacturers, the SMS Group, and the German Academic Scholarship Foundation. Since October 2016, he has been a research assistant at the Department for Industrial Furnaces and Heat Engineering, where he is concerned with cooling processes for continuous belt conveyors.