Head of Press and Communications

The 51-year old scientist, currently rector of the University of Konstanz, has been named to succeed Professor Ernst Schmachtenberg in August 2018. 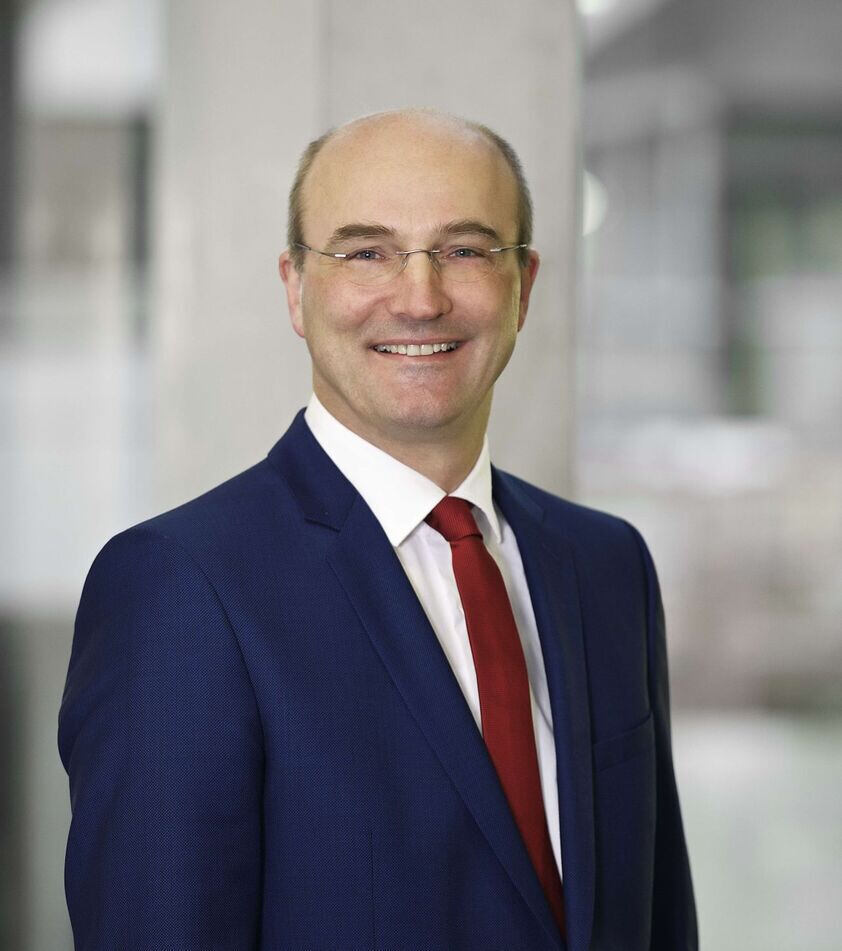 On August 1, 2018, Professor Ulrich Rüdiger will become rector of RWTH Aachen University to succeed Professor Ernst Schmachtenberg, whose term in office will end on July 31. Today, March 5, 2018, Rüdiger, who has been rector of the University of Konstanz since 2009, was elected for a six-year term by the University Election Assembly, which consists of the University Senate and the Board of Governors.

As the 51-year old physicist commented, “I am excited to contribute to the further development of a leading university of technology that develops solutions to the global technological and societal challenges within an interdisciplinary research culture.”

For Rüdiger, the new role in Aachen is also a return to his professional roots – between 1988 and 1994, the scientist from Helmstedt studied physics at RWTH. In 1997, he completed his doctorate on magnetic-optical storage media at RWTH’s Institute of Physics II under the supervision of Professor Gernot Güntherodt.

After research stays in New York, San José, and at Cornell University, in July 2002, he completed his habilitation dissertation titled “Spin-dependent Transport Phenomena: Materials, Magnetoresistance and Applications.” In December 2002, Rüdiger was appointed professor and Chair of Experimental Physics at the University of Konstanz.

About seven years later, at the age of only 42, he was named rector of the University of Konstanz. In the summer, Rüdiger will prematurely terminate his current term in office, which was scheduled to run until 2023.

Both the University of Konstanz and RWTH Aachen University have been invited to submit full proposals for Clusters of Excellence within Germany's “Excellence Strategy” to the German Research Foundation DFG, and both institutions have good prospects of succeeding in the “Universities of Excellence” funding line. The Excellence Strategy is a federal and state government initiative to strengthen Germany’s position as an outstanding place for research in the long term and further improve its international competitiveness.

“I know what awaits me. I cannot emphasize enough how important it is to quickly come together as a team to successfully draft projects like the Excellence Strategy and here, particularly, the second funding line. We should also take advantage of every opportunity in the second round of the pact to promote early-career researchers. However, everything we want to achieve and will achieve at RWTH is a team effort. Objectives arise out of our togetherness and are only achieved together,” states Ernst Schmachtenberg’s successor.

Vice-Rectors up for Re-Election

The end of Schmachtenberg’s term of office on July 31 coincides with the end of the vice-rectors’ terms of office as well. The team of vice-rectors includes professors Doris Klee, Rudolf Mathar, Aloys Krieg, and Malte Brettel. They may be re-elected or succeeded. The new rector will recommend suitable candidates to the selection committee with the final decision being made by the Election Assembly.

Ulrich Rüdiger has been rector of the University of Konstanz since 2009. In 2014, he was re-elected for a second term of office from 2015 to 2023. After studying physics, and completing his doctoral studies and habilitation in Aachen, New York, San José, and Ithaca, he was appointed professor of experimental solid-state physics at the University of Konstanz. He has been vice-president for research and early career researchers in the HRK or German Rectors' Conference, and member of the HRK's Permanent Commission for Research in Germany and Europe since 2014.

In this and further capacities, Rüdiger accompanies processes in science management. In 2012, he was awarded the Ordre des Palmes Académiques, one of France's highest honors, as well as honorary doctorates from Plekhanov Russian University of Economics in Moscow, Taras Shevchenko National University of Kyiv, and Kyiv National Economic University, for his exceptional service to science.

Ulrich Rüdiger was born in 1966 in Helmstedt, is married and has four children.