Delft University of Technology has now officially handed over the management of the CESAER Task Force Human Resources to RWTH Aachen University. 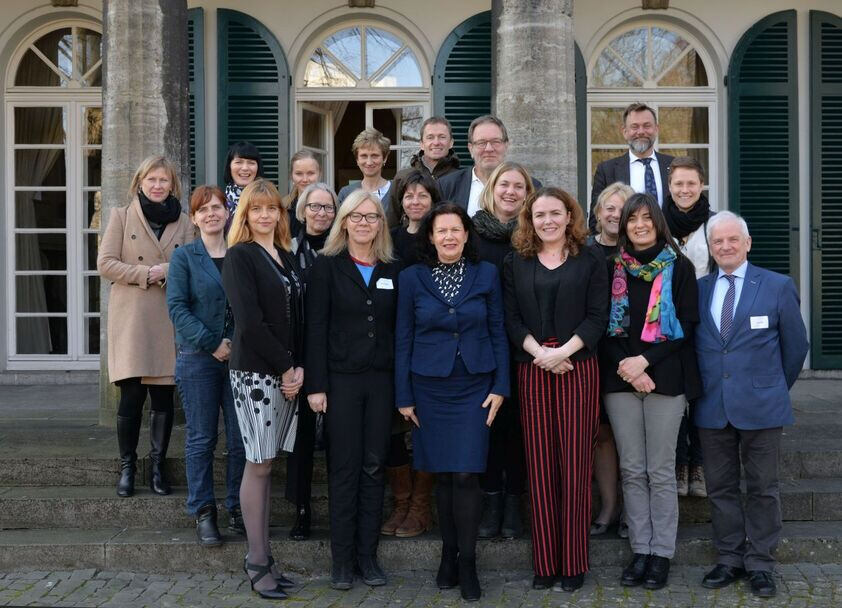 Copyright: © Andreas Schmitter RWTH Vice-Rector Doris Klee (center) has now taken on leadership of the CESAER Task Force Human Resources. The members of the network met in Aachen to discuss issues of gender and diversity in higher education.

On the occasion of an international two-day symposium focusing on the topic of “Gender, Diversity and Inclusion,” Vice-Rector Klee and Manuela Aye, head of the IGaD staff unit, welcomed a delegation including David Bohmert, the Secretary General of CESAER, as well as delegates from Delft University of Technology.

Anna Steiger, Vice-Rector for Human Resources and Gender of TU Wien, gave a talk on how to best implement diversity projects. Representatives from the universities of Ghent, Delft, Strathclyde and Aachen presented their diversity strategies as best practice examples. In 2018, the CESAER member universities will carry out a survey on the topic of Gender and Diversity.

CESAER, the Conference of European Schools for Advanced Engineering and Research, is an association of more than 50 European universities of technology and engineering schools. It promotes scientific excellence in engineering education and research and fosters innovation through close cooperation with business and industry.