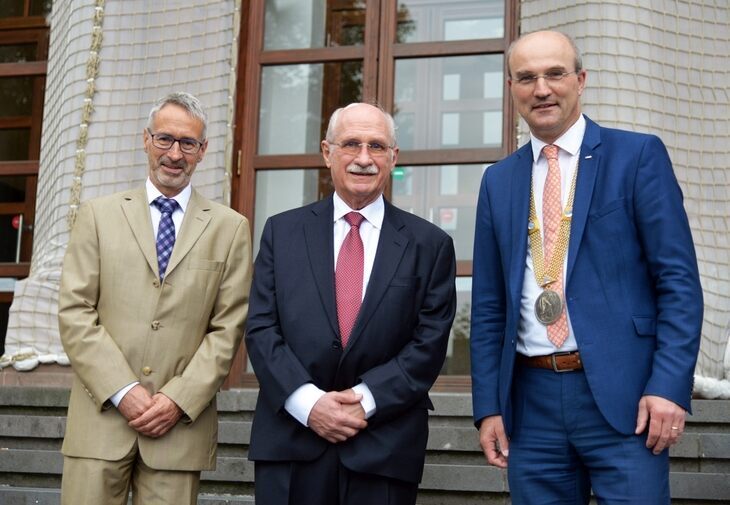 Internationally renowned process engineer from the US receives distinguished award.

RWTH Rector Ulrich Rüdiger recently awarded Professor Ignacio Grossmann the academic degree and title of "Honorary Doctor of Engineering Sciences". This award is intended to recognize his outstanding achievements in process engineering and generous social commitment to education and research.

Grossmann is considered an expert in the development and application of optimization methods for process design. Born in Mexico City in 1949, he first studied chemical engineering at the Universidad Iberoamericana in Mexico City and later switched to Imperial College in London, where he received his doctorate in 1977. Since 1979, he has been a professor of process systems engineering at Carnegie Mellon University (CMU) in Pittsburgh, USA. Under his guidance, the department of systems engineering at Carnegie Mellon University has been a leader in the field for decades. The textbook "Systematic Methods of Chemical Process Design", which Grossmann published together with two colleagues, is used all around the world.

Exchange between RWTH and CMU

Grossmann has served as a guest lecturer at many universities. In addition, he promotes international cooperation and partnerships, for example he was the co-initiator of an exchange program between RWTH and CMU. This is funded by the German Academic Exchange Service (DAAD) as part of the International Study and Training Partnerships (ISAP) initiative. Since 1995, three RWTH students have spent two semesters at CMU each year. At the same time, three CMU students have also had the opportunity to study in Aachen. Grossman is still the point of contact for the exchange program and has played a major role in structuring it. With great dedication, he always supervises RWTH students in the US and has also published scientific articles with some RWTH students.